PM reveals he met with "Trump's advisers" in Abu Dhabi 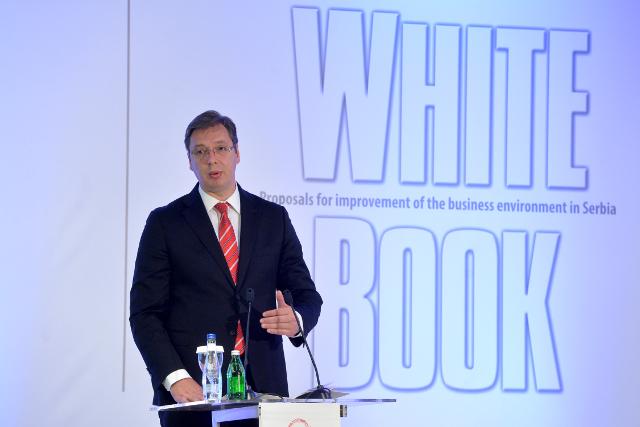 Vucic is seen in Belgrade on Monday (Tanjug)

According to Vucic, there is now room to "establish communication with the Trump cabinet, and some kind of cooperation."

The prime minister made the comment after a journalist asked about his visit to the UAE, and for Vucic's comment on the criticism that he went there "to watch the latest Formula 1 race."

Vucic said that, beside the meeting with Trump's advisers, he also spoke with the president of Rwanda, the prime minister of Nigeria, "people from the Arab world, and the rulers of Abu Dhabi and Dubai," and noted, "that is my job."

As for the Formula 1 race, the prime minister revealed he had no interest in the sport - but added that had "basketball, boxing, or football" been on - "that would have been a different (story)."