Meeting of Vucic and Shoigu in Moscow PHOTO 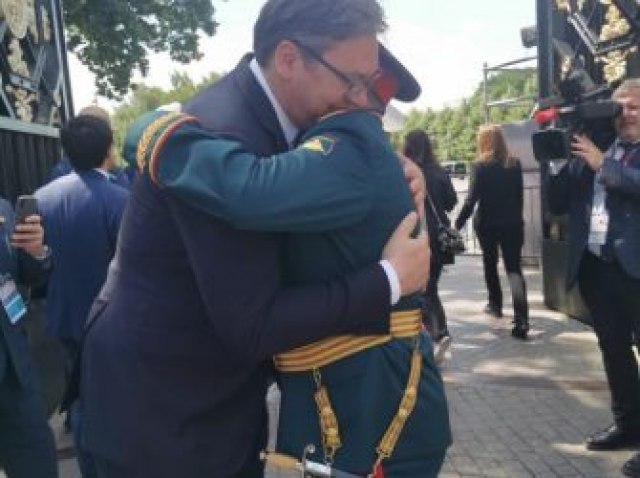 They met after a military parade at Moscow Red Square.

During the parade, the Guard of the Serbian Army also presented itself, which Vucic proudly greeted.

"With a great friend of Serbia, the Minister of Defense Sergei Shoigu," President Vucic posted on his Instagram account "avucic".