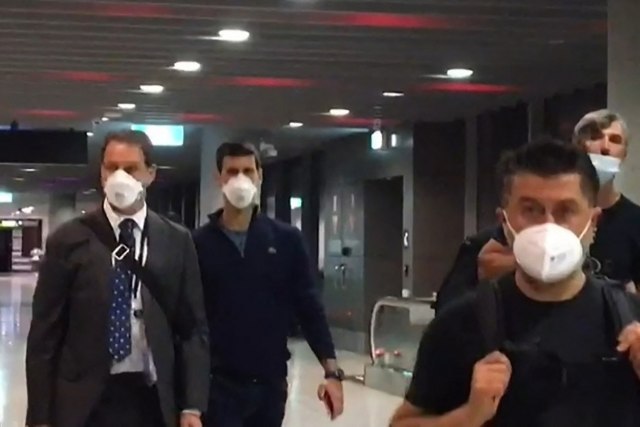 Accompanied by a coach and associates, the Serbian tennis player passed by the person who was filming and tried to ask a question. However, she was prevented from doing that, and Djokovic, as he had already announced through the PR team, did not want to give any comment.

It should be reminded that he made an official statement earlier in the day and said that he was extremely disappointed with the decision of the Federal Court to deport him from Australia.

He took off on a flight to Dubai at 12:47 from the airport in Melbourne.

He will not defend the title at the Australian Open, he will not have the opportunity to win a record 10th title and 21st Grand Slam of his career.

Novak Djokovic filmed at Melbourne Airport after losing his judicial review against the cancellation of his Australian visa. The tennis star has left the country on a flight to Dubai | https://t.co/hVG3N5WWJy pic.twitter.com/h1qkBepHkx

Novak Djokovic leaves the Marhaba lounge at Melbourne Airport for flight back to Europe. pic.twitter.com/Rg2D1XTTwW