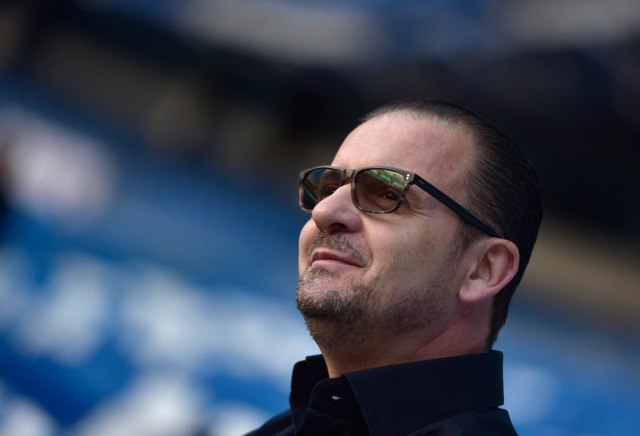 "I have to say that the qualifications started in the best possible way. A phenomenal start and there is a great chance that Serbia will continue in this rhythm and eventually secure a place in the World Cup, which is the ultimate goal," said Mijatovic.

"First of all, every time you change a coach it affects the players for several reasons. First, every player invited wants to impress the coach to show and prove that he is worth and can contribute. Second thing, the Serbian national team won the placement at the last World Cup. Then there was Muslin, who achieved that goal. Maybe the game was not what we wanted then ... I am absolutely sure that Pixi will do a great thing. I understand that we are euphoric, however, the qualifications have just begun. In today's football outsiders are no more. The goal is to finish first in the group or go through the playoff to the World Cup." "It is in our mentality to project that we are at the World Cup after the first few games. And not only at the World Cup, but in the semis. That should be kept under control. I think that Stojkovic is aware of that. He does have a good team, good guys, ready to give their best. He should make a detailed analysis and get some things fixed. The first half against Ireland, Portugal ... The most important thing is that the result was achieved. I am very optimistic and I am happy with what happened in the previous three fixtures. "

What do you think of Pixi and him taking over the national team?

"Personally, we are very good, and he is very ambitious. He needs such things. He arrived during a very complicated situation for the FAS, but he knows what and how much he wants, he knows how to get the most out of players. No comment will affect him. I’ve moved from Serbia a long, long time ago. I know the general situation, but I don't know the details of what happened. While Pixi is the manager, such things will not happen again. He has character, he knows how to talk to players and no one can influence him. I know him both as a coach and as a person. "

How much things in the FAS can affect players?

"This situation does not significantly influence the national team itself. It is not a question of a club or coaching on daily basis. Those things should not, i.e., will not affect the performance of the national team, as shown in the previous three fixtures. The team is not inside those institutional developments. I know as much as you do, and we should give it some time. As far as Kokeza is concerned, we had a fair and correct relationship. That is all there is to it. "

"I would like to take this opportunity to congratulate Mitrovic on a great start. I guess he himself was not so optimistic. Especially now when he has no minutes in his club, his motivation is probably to prove and show that he deserves to play in his team." There is always a cycle where the attacker catches some pace, turns on the turbo and brilliantly solves the situation in his favor. Hardly anyone will ever overtake him in that. "

Vidic as the head of the FAS?

"I saw the headlines a few months ago. I can say that he is a great guy. He made a great career, he was the captain of one of the best European clubs, Manchester United. I don't know his plans for the future. In any case, he is an outstanding guy, a man who may be able to lead such an organization with the experience he has gained.”

What do you know about Serbian football today?

"I am into it. Pretty much up to date, especially when it comes to my club, Partizan. The eternal rival, the Red Star, is always there. I support them in their European matches."