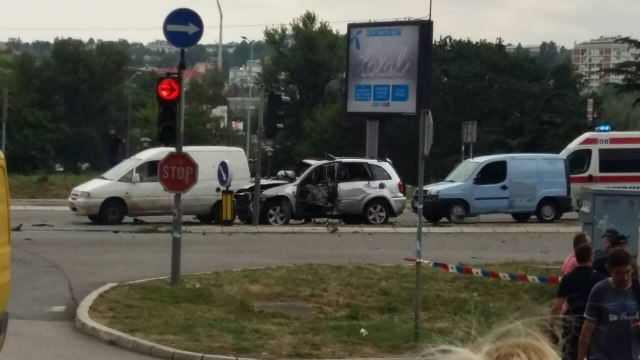 The agency's reporter at the scene said that "a motionless human body" could be seen inside the vehicle.

The police later said that one person had died in the blast, that happened on the corner of Ustanicka St. and Juzni Blvd.