BELGRADE -- When will the exploitation of lithium start in Serbia?

BELGRADE -- When will the exploitation of lithium start in Serbia? 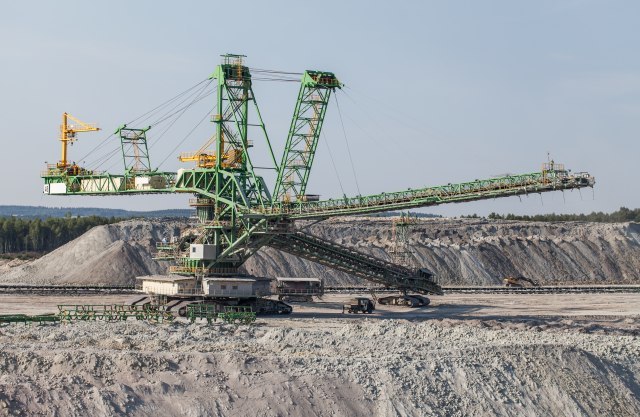 Serbia’s estimated deposits are the largest in Europe and the insatiable appetite for batteries that power everything from iPhones to Tesla cars is prompting the likes of Rio Tinto Group to study the viability of mining it.

„Bloomberg says that Serbia’s estimated deposits of lithium are the largest in Europe. The reservoir is situated in the western Serbia, in the region of Macva. The mineral, dubbed “jadarite” after the Jadar Valley, has a similar chemical structure to the compound that can be used to erode the superhero’s powers. Allegedly, there are the reserves of 118 million tons of this ore, that contains 1,8 percent of lithium-oxide, as written in the US paper of geological research USGS.

Rio Tinto, one of the world’s largest mining companies, had announced four years ago its plans to start exploiting lithium within its project of jadarite extraction.

The decision regarding this project will be made at the end of 2020. Up till then, the feasibility study of the project should be finalized. According to the allegations of Rio Tinto Group CEO, Jean-Sébastien Jacques, the resources near Loznica in western Serbia offer the potential to cover the needs of the whole planet for electrification.

Rio Tinto is testing just how much lithium there is in Serbia, while the large deposits were detected in 2004. Large quantities of boron are found on the same location. Rio Tinto identified tons of reserves which makes it one of the richest sources of lithium in the world.

Since the launch of this project, Rio Tinto closely cooperates with the Serbian Government and local officials in order to provide responsible work on the project, local municipalities will largely benefit from. President Aleksandar Vucic called it "one of the biggest hopes for Serbia" and urged companies to speed up work to start production, as Bloomberg carries out.

"NN money" describes lithium as the "gold of 21st century". Specially U.S. big companies such as Tesla, Google and Apple plan to strengthen investments in the sector of electronic cars in the next couple of years, which would contribute to increasing demand of lithium. The countries with the current major lithium exploitation are Australia, Chile, Argentina, China, Zimbabwe, Portugal and Brazil, according to Investing News, with China and Europe being the biggest lithium consumers.

"On its web portal, CIA explains the strategic significance of this ore. CIA points out that it deals with the field of technological development, and that CIA was the first to invent and use lithium battery back in the sixties", according to portal Deutsche Wirtschaftsnachrichten. Namely, the Rio Tinto Group on its internet site carries that lithium has similar chemical structure of kryptonite – the fictional rock that gives superpowers to Superman.

Optimistic government estimates and preliminary exploration suggest there may be as much as 200 million tons of deposits in Serbia, while the U.S. Geological Survey said there were one million tons of identified reserves in the country, making it one of the richest sources of lithium in Europe.