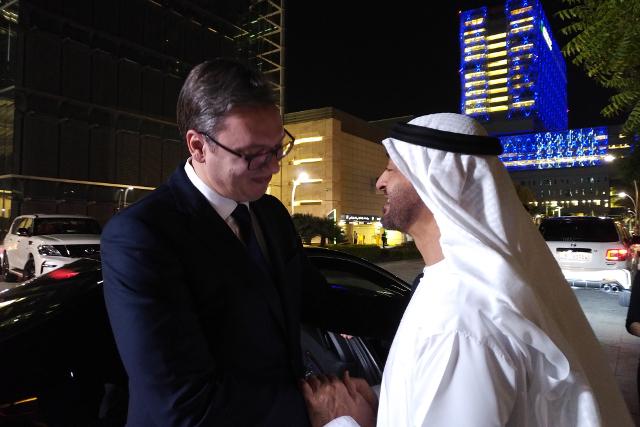 Vucic "briefed Sheikh Mohammed bin Zayed on the progress of the Belgrade Waterfront project, and the energy and agriculture projects that the two countries have been conducting together," the Office of the Serbian president announced on Saturday, the agency said.

Another topic was Serbia's cooperation with Etihad Airways through the national air carrier Air Serbia.

The two officials agreed that for both states, the success of reforms and economy hinged on the development of national education systems.

Sheikh Mohammed bin Zayed offered the Serbian president assistance in sharing the Emirates' educational practices, as the UAE are famous for their extensive investment in the national education system, especially universities.