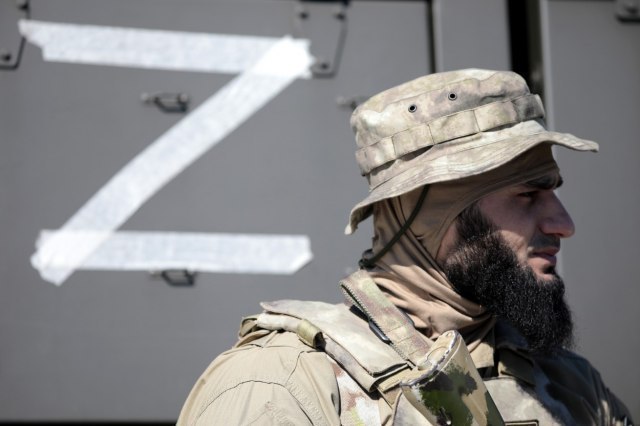 He criticized him for saying that Chechen and Buryati members of the Russian armed forces in Ukraine show greater cruelty than ethnic Russians.

Kadyrov wrote on Telegram that it is shameful that the pope does not know how Muslims treat the enemy, adding that the pope is "a victim of propaganda and the persistence of foreign media", writes "Index", reports "Oslobođenje".

"We do not start a battle without making a peace offer, just like our prophet Muhammad did. And we have done that since the beginning of the special military operation probably dozens of times," he added.

"And as for the way the Chechens treat prisoners, whether we are cruel or not, the Ukrainian soldiers we held captive will tell you. Yes, we zealously guard our homeland, our religion, our people. We call on the enemy to surrender, and our citizens to stand up for themselves. Is this really cruelty?" concluded Kadyrov.

The Russian ambassador to the Vatican, Alexander Avdeyev, sent a note of protest over the Pope's statement, expressing his "anger at the insinuations".

Let us recall that the head of the Catholic Church, Pope Francis, commented on a number of current topics, including the war in Ukraine, in a major interview with the American Jesuit magazine America - The Jesuit Review.

The paper's Vatican correspondent Gerard O'Connell, who conducted the interview with the pope, said many in the US were puzzled by the pope's reluctance to directly criticize Russia for its aggression in Ukraine.

"When I speak about Ukraine, I speak of a people who are martyred. If you have a martyred people, you have someone who martyrs them. When I speak about Ukraine, I speak about the cruelty because I have much information about the cruelty of the troops that come in. Generally, the cruelest are perhaps those who are of Russia but are not of the Russian tradition, such as the Chechens, the Buryati and so on. Certainly, the one who invades is the Russian state. This is very clear. Sometimes I try not to specify so as not to offend and rather condemn in general, although it is well known whom I am condemning. It is not necessary that I put a name and surname," said Pope Francis.