Chaos at Zaporizhzhia nuclear power plant: Moscow and Kyiv accusing each other

After the latest news that all six reactors of the Zaporizhzhia nuclear power plant had been turned off for the second time, the local authorities spoke out. 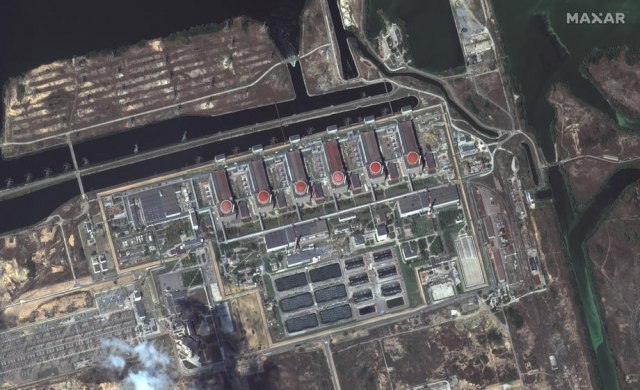 Namely, this morning it was announced that all six reactors of the largest nuclear power plant in Europe were disconnected from the system, and the Ukrainian Euroatom, which manages the entire electrical energy supply system, announced that part of the electricity is being pumped into the system via alternative transmission lines.

According to the available information, the reactors have not yet been returned to the system, and it is unofficially assumed that they were shut down due to the fire that is raging near the nuclear power plant, caused by artillery fire.

Moscow and Kyiv have accused each other of shelling the site, fuelling fears of a nuclear disaster. Namely, Russians say that Ukrainians are to blame for everything, and Ukrainians accuse Russians who, de facto, have been holding Zaporizhzhia in their hands since March.

The fighting in the area around the Zaporizhzhia nuclear power station has been a source of concern for weeks.

The supply of electricity is now impossible, said Vladimir Rogov, a member of the Main Council of the Regional Administration.

"As far as I know, the delivery on the fourth line was interrupted yesterday, so now it is physically impossible for the electricity to be transferred to the right side of the Dnieper river... According to the information I have, that electricity does not supply Ukraine, there is no physical possibility for that," Rogov said.

Vladimir Rogov blamed Ukraine's armed forces for the incident, saying they caused a fire in a forest near the plant. He said local towns had lost power for several hours.

Local authorities also say that Zaporizhzhia supplies electricity, but only to those territories in Ukraine that were "liberated by the Russian army". They also claim that the nuclear plant is running smoothly, which is completely the opposite of Energoatom's claims - that all six reactors were shut down, the second time in two days.

Ukraine: We are trying

Ukraine, on the other hand, claims that it has begun attempts to make two reactors operational.

The plant's sixth reactor is working at 10% capacity, while the fifth reactor is in the process of resuming operations, he said.

"The technicians worked and restored electricity supply and currently the sixth block is at 10% capacity. The fifth block is - according to our information - in the process of being restored," Starukh said, as Reuters reports.