Under Secretary of State Victoria Nuland previously admitted that Ukraine is the host of "biological research facilities". 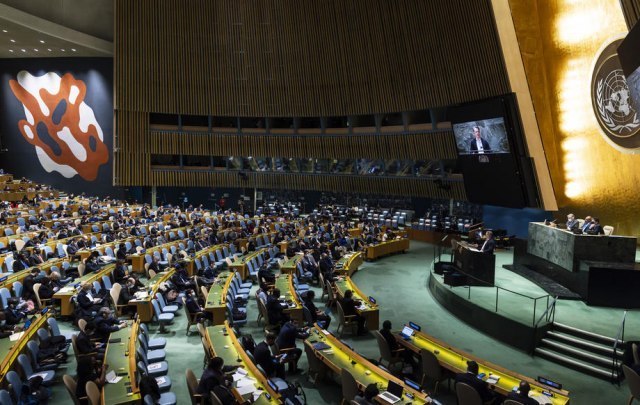 Under Secretary of State Victoria Nuland expressed concern that they could come under the control of Russian forces. However, Washington denied that there was any research aimed at creating biological weapons.

At the request of Russia, the UN Security Council is meeting in New York to discuss "U.S. biological activities on the territory of Ukraine".

This came after the Russian armed forces announced on March 7 that they had discovered 30 biological compounds in Ukraine, saying that the facilities were probably involved in the production of biological weapons.

Nebenzya: "A network of 30 biological laboratories has been formed in Ukraine"

"Documents were available to the Russian Ministry of Defense confirming that a network of 30 biological laboratories had been set up in Ukraine to improve the pathogenic properties of deadly diseases, including plague, anthrax, tularemia and cholera," the UN Security Council said in a statement. The issue of biolaboratories in Ukraine was raised by the Permanent Representative of Russia Vasily Nebenzya. "We convened today's meeting because Russia's conduct of a special military operation in Ukraine revealed really shocking facts about the urgent cleansing of the Kyiv regime from the traces of the military-biological program that Kyiv is implementing with the support of the U.S. Department of Defense," he added.