NATO: "A new war could break out in Europe"

It will not be easy to bridge the differences between Russia and NATO over Ukraine, said NATO Secretary General Jens Stoltenberg. 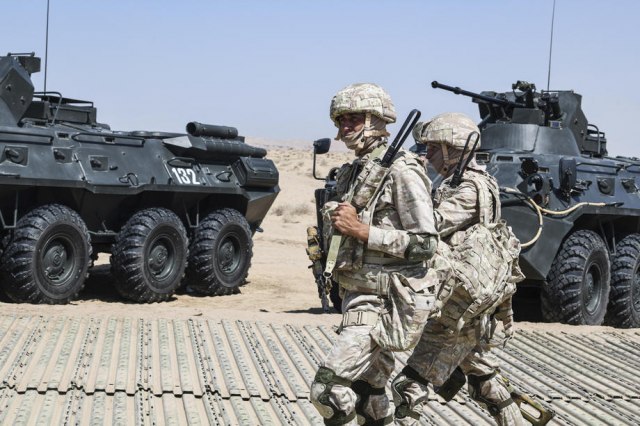 It will not be easy to bridge the differences between Russia and NATO over Ukraine, said NATO Secretary General Jens Stoltenberg after the end of the NATO-Russia meeting in Brussels, the first in two years.

According to media reports, Stoltenberg commented that there is a "real risk" of a new conflict breaking out in Europe amid tensions between Russia and the North Atlantic Alliance.

The Alliance was represented at the talks by the permanent representatives of 30 NATO member states, the Secretary General of the Alliance Jens Stoltenberg and the U.S. Deputy Secretary of State, Wendy Sherman.

The meeting was held two days after the talks on security guarantees between Russia and the United States in Geneva, which were led by US Deputy Secretary of State Wendy Sherman and Russian Deputy Foreign Minister Sergei Ryabkov.

USA: Russia has to make a choice

The United States called on Russia today to stay at the negotiating table after the first round of talks on Ukraine this week.

"If Russia leaves the negotiating table, it will be obvious that they have never been serious about diplomacy, so we are collectively preparing for each case," U.S. Deputy Secretary of State Wendy Sherman told reporters in Brussels after the NATO-Russia Council meeting.

Sherman pointed out that the difficult pace of bilateral and multilateral engagements that took place this week showed the readiness of the United States and its allies to negotiate.

"It is Russia that must make direct choices, de-escalation and diplomacy or confrontation and consequences," she said.