"No solution in Geneva"

"The meeting between US and Russian presidents is crucial in re-establishing the dialogue between Washington and Moscow, having in mind their tense relations". 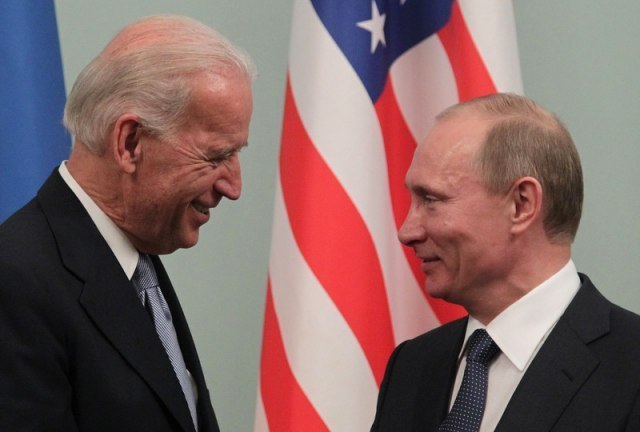 Milan Krstić from the Faculty of Political Sciences made this statement, adding that one should not expect that in today's talks between the two leaders in Geneva, the burning issues in the relations between the two countries will be resolved.

"The most important thing is that the two presidents will talk today. When there are tense situations in the relations between the two sides, the conversation, that is, the re-establishment of the dialogue, is a positive step," says Krstic.

He adds that it can be expected that in the talks between Biden and Putin, certain issues will be raised from the zero point in which it is possible to reach an agreement, such as, as he says, the situation in Ukraine, as well as the situation in Georgia and the Middle East.

"There are also topics in which Russia and the United States are actually cooperating all the time, such as nuclear weapons, but also conventional ones, considering that the two countries extended the START agreement on nuclear weapons control at the beginning of the year," Krstic said.

However, he does not expect that the issue of the state of human rights in Russia or the alleged interference of Russia in the American elections will be on the agenda "on a serious level".

For Washington, he points out, one of the key issues is Russia's behavior in Ukraine and Georgia, while, as he says, it is important for Moscow how the political West, i.e. the United States and their allies, will approach Russia in the future.

Krstic reminds that on the "eve" of the meeting with Biden, Putin in an interview with NBC stated the thesis that Russia felt "tricked" and that it felt cheated by the West.

"Putin will probably try to impose that topic, to see Russia as an actor with whom he can cooperate, but who must not be denied vital national interests, especially in the neighborhood," Krstic said.

Commenting on yesterday's EU-US summit in Brussels, Krstic said that the key message of that meeting, as well as the previous G7 and NATO EU summits, was that, as Biden said, America returned to Europe as a leader of the western world.

According to him, the relations between the USA and the EU are already better than they were during Donald Trump's term of office, and it can be expected that they will try to perform only on certain "stages", and one of those stages will be the dialogue between Belgrade and Pristina, which as he says, will no longer run on two separate tracks.

Krstic believes that in the relations between the EU and the USA, there will be quarrels over certain structural problems that are much older than Trump, such as the amount of expenditures within NATO, but also in trade relations.

He adds that the problems in relations that arose during the pandemic, when Biden refused to give the surplus of vaccines to the EU, were somewhat overcome by the new joint plan for the fight against COVID-19.

"In crisis situations, both sides show that they will look at themselves first, so we should not expect that everything will go smoothly in the relations between the EU and the United States, but it will certainly be better than in Trump's reign," Krstic believes.