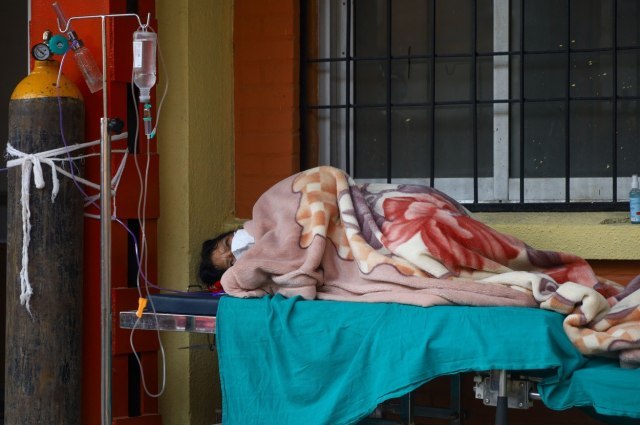 "More cases of COVID-19 have been reported worldwide in the last two weeks than in the first six months of the pandemic. In these last few weeks, countries in all WHO regions have shown a steady upward trend in infection and deaths. This is not the time to lower the guard, even in countries where numbers are declining", Dr Tedros Adhanom Ghebreyesus, Director General of the World Health Organization (WHO) said.

The country's health ministry announced on Friday that more than 414.000 new cases of the infection had been registered in the previous 24 hours.

Australian Prime Minister Scott Morrison said Australians, who were banned from returning to the country if they traveled to India, would be allowed to return home starting May 15, but that those who tested positive for coronavirus would not be able to board planes.

Since the outburst of the pandemic, more than 3.2 million people have died from COVID-19, according to data from John Hopkins University from Friday early in the morning.

The highest number of victims is in the United States - more than 580.000.

Brazil is rapidly approaching the United States with almost 417.000 deaths, followed by India with 230.000.

According to John Hopkins University, 155.6 million infections have been registered in the world so far.

The United States is first on that list with 32.6 million infected, India is second with 21 million, and Brazil is third with 15 million.