There is not the slightest indication that the conflict between Armenia and Azerbaijan in the disputed area of Nagorno Karabakh could end any time soon. 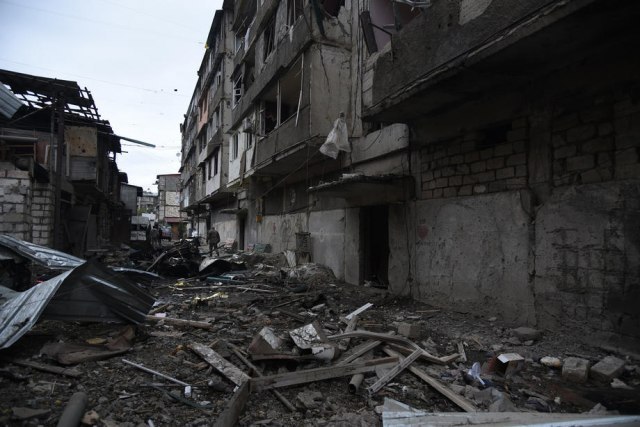 The world is slowly starting to stop counting on which day of the conflict the two countries entered, and it is not known exactly who fired first and when.

Both sides are also at war on social networks, through which only information is placed. But the problem is that few can claim that this information is objective.

❗️#Artsakh Infocenter warns#Azerbaijani forces use cluster munitions in #Karabakh, which are prohibited by intl law, especially in relation to civilian settlements.

❌ In case of a coming across these in #Stepanakert or in any other place, DO NOT touchhttps://t.co/tNHxsdbwES pic.twitter.com/I6a3bn7F74

The football club Alashkert from Yerevan announced that former football player Liparit Dashtoyan was killed during the conflict around Nagorno-Karabakh. The club said goodbye to its player on the official website.

Woman killed near the Central Hospital in Barda

After Armenia reported on the attacks of Azerbaijan and published photos of the capital, the Ministry of Foreign Affairs of Azerbaijan also announced allegations of attacks by the opponents.

As it was stated, the woman died after the Armenian bombing of the hospital in Barda, while three civilians were wounded.

As a result of shelling by Armenian forces, Shahriyar Mehdiyeva KILLED near the Central Hospital in Barda (90 km away from the border).
3 injured civilians.#KarabakhisAzerbaijan #StopArmenianAggression #StopAttackingCivilians pic.twitter.com/V7BAvQmcEN