Since the moment US President Donald Trump announced that he was positive for coronavirus, two key questions have been raised 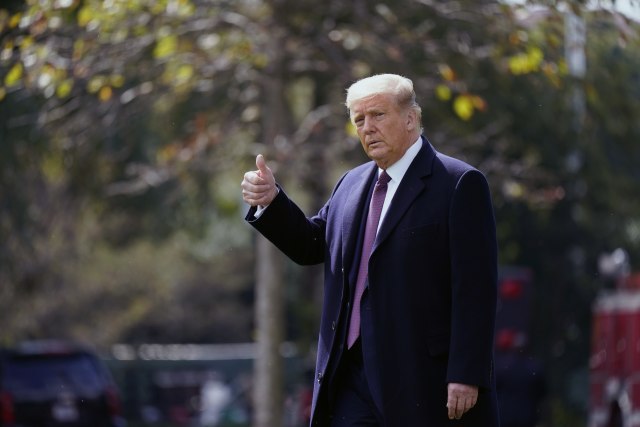 One is - what if the American president is really gets sick, and the other - what is happening now with the election campaign.

Experts say that it is unusual for a patient to have a positive PCR test for coronavirus, just a day after being in contact with an infected person, which is why they believe that US President Donald Trump has been infected for much longer, and that he exposed many people to the virus in the course of this week.

As it is stated, if Trump becomes seriously ill, he could transfer power to the vice president, which is envisaged by Article 25 of the US Constitution, and if Vice President Mike Pence would be prevented from performing that duty, the Chairman of the House of Representatives Nancy Pelosi would take over, The Guardian specifies.

But what's the problem with Pelosi? First, she is an angry opponent of Trump, and second, she is a "walking risk factor" because of her age, some media assessed.

At the age of 80, the San Francisco politician has experience in the position she held from 2007 to 2011, when she made the mandate of the then Republican President George W. Bush more difficult. During the re-election, she promised that she would prepare a similar "hell" for Trump in the last year of his mandate. Since the House of Representatives votes for the White House's draft laws, Pelosi can block the Republican proposals at the head of her majority and, more importantly, initiate the procedure for recalling the president, which she did last fall.

Also, a special interest lies in the question what is happening with the campaign now. Although there are 33 days left until the presidential elections in the USA, due to Trump's illness, the pre-election rallies he planned were canceled, and as it is stated, if he develops serious symptoms, he will have to explain why he constantly diminished the severity of the pandemic and forced the opening of schools and companies.

This topic was also discussed in the morning program of TV Prva. Additional information in the enclosed VIDEO.