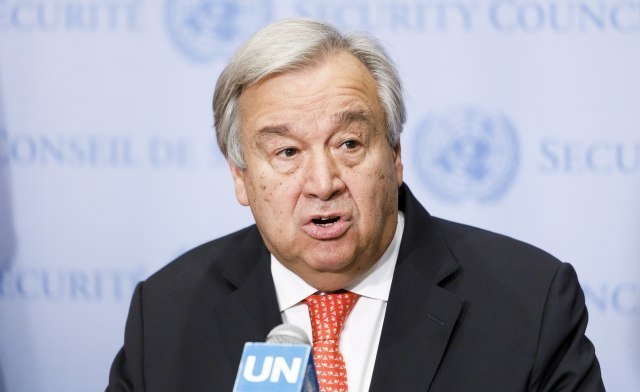 According to him, this is necessary because the coronavirus pandemic not only threatens progress in the fight against hunger and poverty in the world, but also threatens to deepen existing conflicts and encourage the outbreak of new ones.

At a meeting of the UN Security Council last night, he stated that his last appeal on March 23 for an immediate ceasefire in all conflicts on the planet in order for humanity to fight the coronavirus pandemic, resulted in numerous examples of conflict reduction and cessation of armed operations, AP reports.

"Unfortunately, in many cases, the pandemic was not a sufficient reason for the conflicting parties to agree on a permanent ceasefire and a cessation of hostilities," Guterres added.

His predecessor at the head of the world organization, Ban Ki-moon, who served as the eighth Secretary-General of the United Nations from January 2007 to December 2016, stated that it was unbelievable how billions of people in the world were successfully isolated by emergency measures in order to prevent the spread of the coronavirus, but the cessation of armed conflicts and hostilities was not achieved.