Wuhan "welcomed the light of day": Eager to go to the stores

In Wuhan, where a coronavirus epidemic erupted in December, residents are slowly moving out of their homes, eager to buy fresh food after weeks of isolation 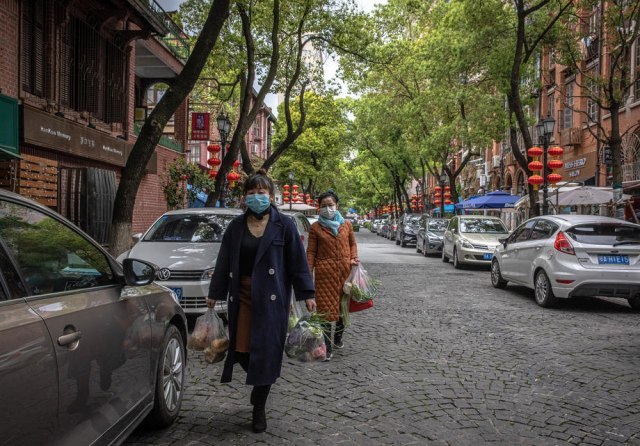 Many settlements in the city are still separated by two-meter-high plastic walls that were erected at the beginning of the crisis with the aim of social distance and isolation of communities. For this reason, the citizens of Wuhan were completely reliant on online delivery.

In one settlement, tenants and merchants now trade across barriers.

Customers climbed into chairs to see the goods exposed over the fence, asking the merchants aloud for prices, and then using the apps on their mobile phones to pay for the goods.

"It's safer to sell over these barricades," says the owner of a pig farm.

Some supermarkets were also opened today, and in front of one was a long queue of customers at a distance of 1.5 meters, which extended around the blocks.

All citizens still wear masks and seem happy to have completed their online shopping and grocery delivery, according to Reuters.

One of the customers in the line named Dong says such foods were not fresh or tasty.

"If we go to the store ourselves, we will have more choice," he said.

Wuhan is preparing to end the isolation on April 8, when people will be allowed to leave the city for the first time since January 23.