According to a report by the Russian Federal Security Service, misinformation about Russia's coronavirus is being marketed from abroad, Russian President said 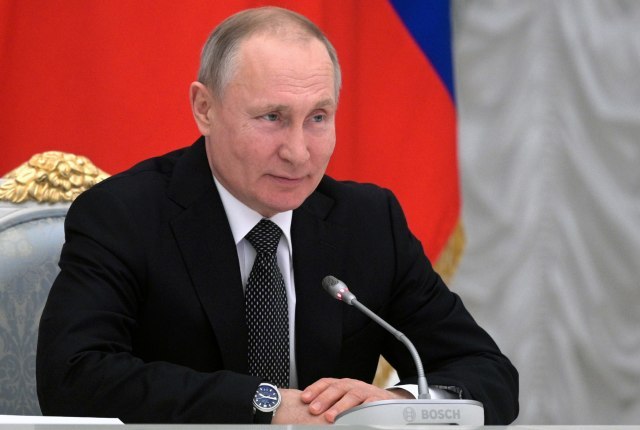 Vladimir Putin held a meeting with members of the government, at which he emphasized that nothing critical was happening in Russia, but that people need to know what the real picture is.

"The goal of such provocations is clear - spreading panic among the citizens. We can counter this only if we provide comprehensive, timely and truthful information to Russian citizens," Sputnik said.

The Russian leader then asked Russian Deputy Prime Minister Tatyana Golikova for an official report on the situation pertaining to the coronavirus, as well as on the work of responsible authorities in this matter.

"A lot of false information has appeared on social networks about a large number of those infected in the Russian Federation. In addition, the official authorities have been accused of concealing the true numbers of those infected. I take this opportunity to once again point out that these allegations are false", Golikova said.

She also stressed that the operational headquarters and the government, as well as all responsible authorities, including the state regions, are strictly taking into account the prevention of the occurrence of new coronavirus infection on the territory of Russia.