Who is the Engineer killed - Soleimani's right hand PHOTO

Abu-Mahdi al-Muhandis known as Engineer, deputy chief of the Iraqi People's Mobilization Force, was killed in the early morning strikes by US forces in Baghdad 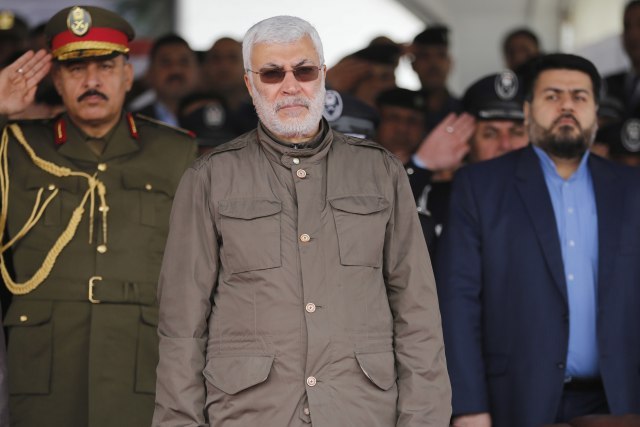 Two vehicles near the airport in Baghdad were hit in airstrikes and on that occasion, in addition to the second most powerful man in Iran, Qassem Soleimani, the top leader of the umbrella Shiite organization People's Mobilization Force (PMF) Abu-Mahdi al-Muhandis was killed.

A group led by Muhandis over the years has been accused of liquidations that have not been the subject of litigation in Iraq, before operations against ID 2017 began. He was one of the key figures in the Iraqi-Iranian chain of actions carried out in the inflammable Middle East territory.

Jamal Jafaar Mohammed Ali Āl Ebrahim, known by the alias Abu Mahdi al-Muhandis in Iran, was born in 1954 in Basra. He was an Iraqi-Iranian military commander and politician married to an Iranian woman.

He obtained his bachelor's degree in Civil Engineering in 1977.

He also had a bachelor’s degree in political science and pursued a PhD in the same specialization.

After establishing the PMF, Muhandis was chosen to be the deputy commander of the forces, that was accused of carrying out extrajudicial killings in Iraq before taking part in anti-Daesh/ISIS operations in the war launched against the terrorist group.

In mid-2014, Daesh/ISIS overran roughly one-third of Iraq, including Mosul.

By late 2017, the Iraqi army -- with the help of the U.S.-led military coalition -- recovered most if not all the territories lost to the terrorist group.

Muhandis, the founder of Kata'ib Hezbollah militia which is part of the PMF, had a long history of establishing and training radical Iranian militias which made him work as a consultant to Qasim Soleimani, the commander of Quds forces of the Islamic Revolutionary Guard Corps, who was also killed in the Friday's airstrike.

He was among the most active Iraqi figures who started working with Tehran in 2003.

Muhandis was involved in ordering members of the Hezbollah Brigade to launch attacks against the anti-government protesters in the recent mass demonstrations in Iraq.

Iraq has been roiled by mass protests since early October over poor living conditions and corruption, forcing Prime Minister Adel Abdul-Mahdi to resign.

At least 500 people have been killed and 17,000 injured in the protests, according to Iraq's High Commission for Human Rights.

The militia is led by 65-year-old Jamal Jaafar Ibrahimi, who was born in Basra in southern Iraq and is an engineer by training, and who is also known as Abu Mahdi al-Muhandis (“The Engineer”).

The Western intelligence community attributes to him direct involvement – at the orders of the al-Quds Force – in the terror attacks against the U.S. and French embassies in Kuwait. He was sentenced to death in absentia by a court in Kuwait.

On Tuesday, al-Muhandis’ militia led the storming of the U.S. Embassy in Baghdad in retaliation for U.S. airstrikes.