Open warning: War is an option 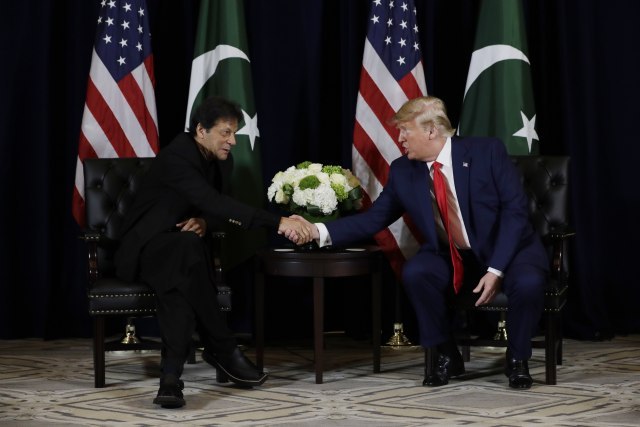 Khan had stated this in time of growing closeness between U.S. President Donald Trump and Indian Prime Minister Narendra Modi, who discussed things twice in the course of the last three days. Trump invited two sides to overcome differences.

On the other hand, Trump called on both sides to resolve disputes, commending Modli by saying that he is popular like the American rock legend Elvis Presley.

Modi's Government introduced curfew and cut off almost all forms of communication to the people of the region. Khan said the Kashmir people had been isolated for 50 days because of 900,000 soldiers, saying mass arrests were being executed, hospitals were not functioning and media censorship is in effect.

"Keeping eight million people in the open jail is the situation without precedent nowadays. The biggest concern is what will happen when the curfew gets suspended? We fear that, with 900.000 soldiers out there, we will face with massacre", Khan said.

He warned that there is a possibility of India and Pakistan, both states possessing nuclear weapons, would enter into an open conflict at some point.

India and Pakistan, nuclear-armed rivals, have been in the midst of ever-worsening relations since August 5, when the Indian government lifted autonomy over the part of Kashmir under Indian control. Modi's nationalist Hindu government imposed curfew and cut off almost all forms of communication in majority Muslim Kashmir.