Black Sea Fleet's reconnaissance and attack ships and coastal missile systems have been put on duty, TASS is reporting this Monday. 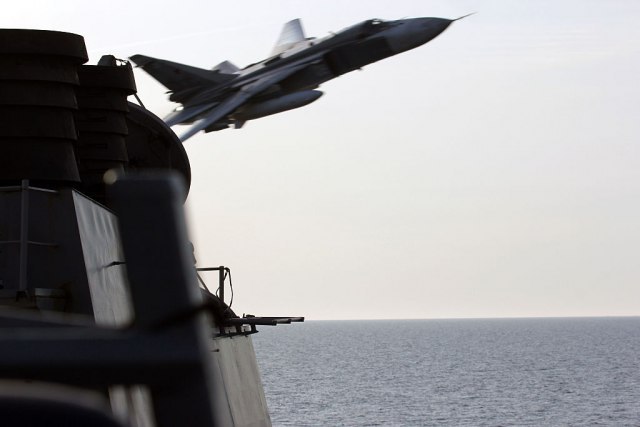 This has been done "in connection with NATO's exercise in the Black Sea," the news agency said, citing the Russian Defense Ministry's National Defense Control Center.

The center said that the Black Sea Fleet was carrying out a package of measures to monitor NATO's ships in order to be prepared to rapidly react to possible emergencies.

"In the designated areas of the Black Sea reconnaissance ships and also naval attack groups, coastal missile systems Bastion and Bal and naval aircraft are on duty," the center announced, TASS is reporting.

The center also recalled that NATO's Sea Shield-2019 exercise had begun in the southwestern part of the Black Sea on Monday, with ships and aircraft from the United States, Bulgaria, Greece, Canada, the Netherlands, Romania and Turkey taking part in cooperation with representatives of Georgian and Ukrainian armed forces.