Footage of the great flood in Belgrade: Problems with public transport VIDEO / PHOTO

A storm followed by thunderstorms hit Belgrade on two occasions tonight. A large amount of rain fell and the streets of the capital ended up flooded 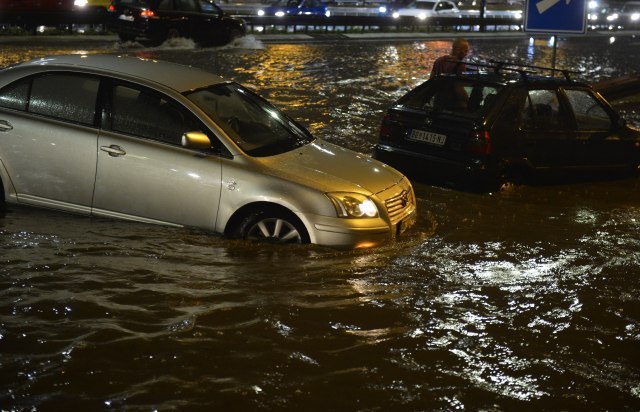 Citizens shared the footage on social networks in disbelief. As can be seen in the footage, the cars literally floated in some parts of Belgrade.

Due to the large amount of precipitation, tram and trolley-bus traffic are at a standstill, and movement by public transport is difficult because the buses are overloaded.

The Belgrade bus station is also under water, so the buses could not reach the platform, "Novosti" states.

The old part of the city was most affected, from Autokomanda to Konjarnik and Vozdovac, as well as the city center.