Belgrade Stark Arena has since midday become a new, fourth alternative hospital for patients with coronary virus with a lighter clinical state 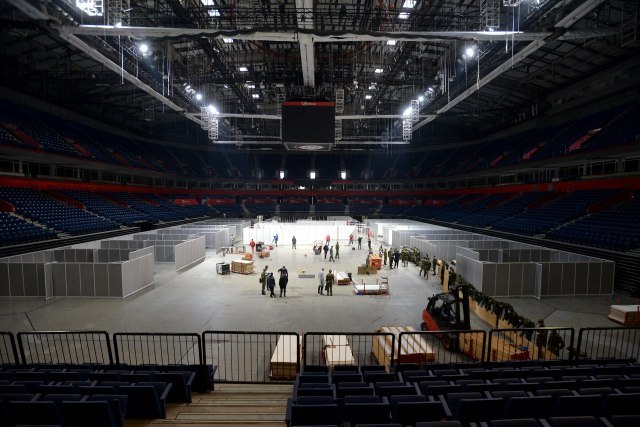 As deputy mayor of Belgrade Goran Vesic stated for Tanjug earlier, this temporary hospital will have about 1.500 beds.

He reminded that it would not be the only such hospital in Belgrade, and stated that the temporary hospital at the Fair was already working, that the "Ranko Zeravica" gym in New Belgrade was ready, and that beds for people with COVID-a9 were also installed in the "Aleksandar Nikolic" hall.

According to him, whether or not these hospitals will be full will depend on the measures taken by the Government of Serbia and the Council of Epidemiologists.

"If we are disciplined, we will have no need for these hospitals. They will only be open in the most drastic case, but we as a responsible state must be prepared for that as well," Vesic said, urging the citizens to respect the measures taken.