While concert was held in the crowded auditorium of the Sava Center last night, an unknown perpetrator stole children's wallets and money from the dressing room 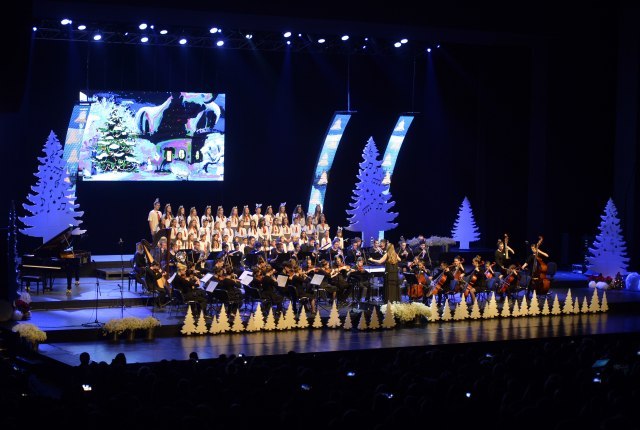 Director of the Children's Philharmonic Orchestra, Ljubisa Jovanovic, shared the news on his Facebook profile. He said in the post that the same thing happened at the last concert held at the Joy of Europe festival, when children from abroad were robbed. We convey his post in its entirety:

Last night we once again had the opportunity to share with the Children's Philharmonic on the stage of the Sava Center the wonderful moments of artistic experience of young people living and working in our community. The concert was, on so many levels, an inspiring, encouraging experience, in a word, a real gem of what represent the most beautiful values we can promote in the Serbian culture.

Unfortunately, during the concert the children were robbed. Money was stolen from their pockets, wallets, backpacks ... From some hundred dinars from their pocket money, from others - a few thousand from the transport tickets they were reimbursed.

The most poignant mark is left on the souls of these children, their astonishment, confusion, disbelief in their eyes. Last night, simply a part of their heart, being, purity was stolen.

The same thing has been happening lately at the Jele cello concert, the last SORTS performance, at the Joy of Europe (with guests from abroad). And everyone seems to know that. Reactions on social networks are very harsh.

It is necessary for the children to be compensated by synchronised action of the security and management of the Center Sava. We have to give them confidence in humanity, trust in what we all do.

I couldn't sleep last night. Unfortunately not for the joy of a fantastic concert, but for the great sadness and human resentment.

We must show children that we are worthy of their youth and inner beauty, we must not tolerate one's carelessness, negligence, and the possibility that the process of educating young people may be ridiculed in this way.

With all the best wishes and hopes in the immediate response of all those responsible,