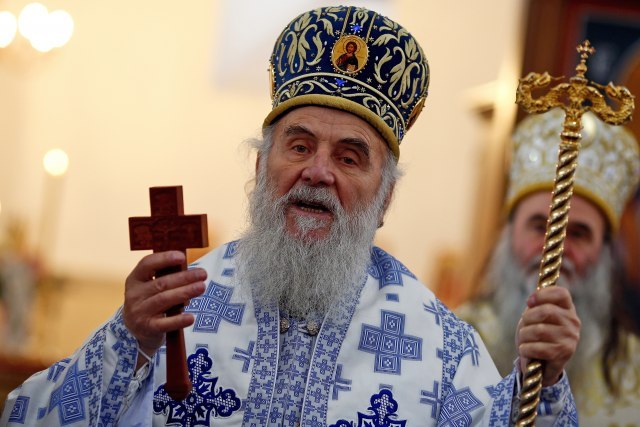 The head of the Serbian Orthodox Church (SPC) said he "expected nothing else" of these Catholic clerics in Croatia.

Speaking for the tabloid Kurir, the patriarch announced his full response.

"They complain that we (SPC) respect the pope more than them, that bothers them. We have our opinion on the pope, unlike them. I do not spread hatred, I am not warmongering, nor insulting the victims - while I expect nothing else of them," said the patriarch.

The response to the Croatian bishops' letter addressed to the SPC will come as quickly as possible, he announced.

In their letter, the Croatian bishops, among other things, said that they were "hearing praise of Pope Francis and the Catholic Church, and criticism of the bishops and the Church in Croatia."

"We consider it unusual that the head of an Orthodox Church publicly puts opposite each other the Catholic Church in Croatia and Pope Francis, criticizes them and attributes crimes to that whole Church and the whole Croatian people," the letter said.