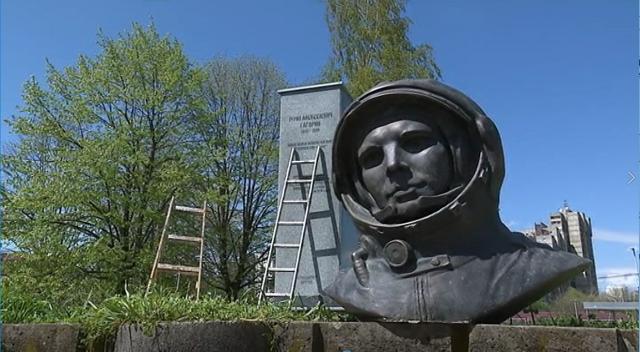 Vesic also said that a new one will be put up instead, in the same New Belgrade street that is named after Gagarin.

In the meanwhile, the existing monument "lost its head" - i.e., the sculpture representing the head of the famous Russian cosmonaut, the first human to travel to space, was removed from the pedestal.

It was precisely what the critics perceived as the disproportionately small head installed on top of a large pedestal that caused a storm of negative reactions on Monday.

Vesic said today that the new monument will have to get the green light from "all relevant institutions."

"Gagarin will have a memorial in Belgrade worthy of the contribution that he has made to humanity," Vesic said in a statement, issued after the criticism leveled at the original monument.

Vesic also said that he met with representatives of the Karic Foundation, who launched the initiative to build the monument, and financed it.

According to the statement, it was concluded during the meeting that the Foundation's demands had not been fulfilled during the design process, and that neither the City, nor the Ministry of Culture and the Institute for the Protection of Cultural Monuments of the City of Belgrade had given their consent for the visual solution.

Meanwhile, it was unclear on Tuesday who ordered the head to be removed from the pedestal: