The main news among migrants and humanitarian workers in recent months - the so-called "Bosnian Route" - is not actually new. 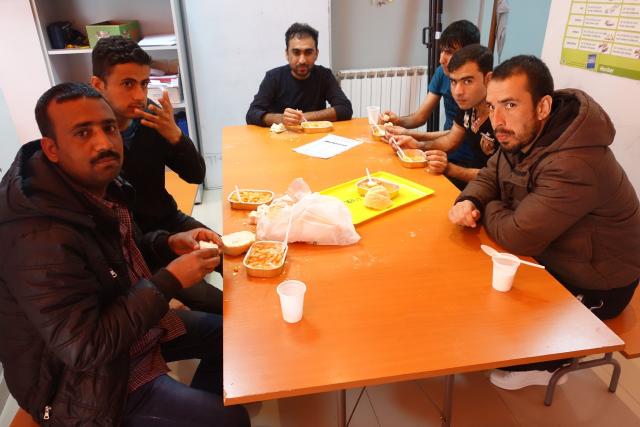 For exactly for two and a half years there has been speculation among analysts about when the number of passages through this country on the way to the countries of the European Union would reach more serious proportions.

At the beginning of 2018, this finally happened, and this was recently confirmed by Director of the Service for Foreigners' Affairs of Bosnia-Herzegovina (BiH), Slobodan Ujic, when he appraised the number of the newly arrived migrants this year at more than 1,500. The route across Bosnia is currently attracting the highest degree of attention of everyone, as the "hot" route of migration across the Western Balkans.

During the last three months, migrants have been most visible in Sarajevo, especially in the neighborhoods of Ilidza and Grbavica, as well as in Velika Kladusa, a small town that is the Bosnian migrant Tijuana - the last stop before the western border to Croatia. Hundreds of people in these towns, in the absence of a systemic response, have been left to the help of volunteers and citizens who do not hide positive feelings and solidarity, partly due to a similar refugee past. Warm human stories have flooded the media, although suspicion is already emerging as well.

The Islamic Community's decision to keep the doors of mosques closed to temporary accommodation of migrants stands out conspicuously, even though there have been imams who did not obey the ban. There is also a recommendation to citizens from authorities to refrain from providing assistance, as they risk being accused of inciting illegal migration through BiH. Everyone is there, in their well-known roles: migrants, police, volunteers, citizens, imams, smugglers; what is most needed is the only thing missing - a sustainable protection system for the most vulnerable, because migrants in BiH are not only men at the height of their strength, but also women, children and unaccompanied minors.

In the humanitarian scene in the Balkans, a narrative has won that says the emergency refugee crisis has passed and the situation is now regular. In Bosnia, the situation is different because - other than the filled up asylum center in Delijas that can accommodate up to 165 people - there are no other serious system capacities. The inertia of large humanitarian organizations is such that one should not hope BiH will have the possibilities that, for example, Serbia has today.

There is a UNHCR office that works according to its own agenda, and is criticized by that by volunteers from the Are You Syrious organization, while the bulk of work in the field is carried out by informal groups of activists and citizens, similar to what happened in Belgrade in the summer of 2015. They are collecting funds through the platform pomozi.ba, announce the first independent shelter called House For All, awareness platform Souls of Sarajevo has been launched. Something is happening, but big players for the moment refrain from a more permanent presence; they estimate that the crisis in Bosnia will not escalate. Is that the case?

Two paths lead to the source

During the winter months of 2017/18, the "Bosnian corridor" was created, from two directions. The main flow is connected to Greece via a system of linked refugee routes, from where it leads to Sarajevo and Velika Kladusa through the rough terrain of Albania, Montenegro and Herzegovina. The BiH border with Montenegro is 249 kilometers long; the remote roads are ideal for smuggling people through poorly defended border massifs, which still do not have sophisticated technologies used by the countries of the EU bordering the Balkans.

The second corridor runs from Serbia and is far more difficult to cross. The border between Bosnia-Herzegovina and Serbia is 357 kilometers long and mostly consists of the rivers Drina and Sava. The largest number of illegal crossings to Bosnia occurs in the immediate vicinity of the border crossings Raca, Mali Zvornik and Donje Vardiste (near Visegrad); the migrants arrive there unhindered, using public transport. They cross the border hidden in trucks, trains cars, and other means of transport, swim across the river or use boats, while some have been lucky to successfully walk across the railway bridge near Mali Zvornik on foot, during moments of police negligence.

Bosnia: How, why, and whom does it suit?

Most migrants in Bosnia today are those who remained stranded in the Balkans for much longer than they had planned. Syrians and Iraqis spent years waiting for various models promised by the EU to start working, that should have allowed refugees from Greece to continue their journey. With the recent reduction of quotas for legal access to asylum procedures in Hungary, Afghan minors and families in Serbia lost their last hope that waiting in camps in Serbia would yield results. Pakistanis have always been in transit only. The newly arrived Iranians are rushing to leave Serbia, aware that the current visa-free regime without readmission will not last forever.

There are two reasons for the new situation: the increasingly difficult and expensive crossing across the borders of neighboring EU countries, as well as the desperation and hopelessness of people captured in Greece and Serbia since the closing of the Balkan route in March 2016. The outflow from Serbia to Bosnia is very noticeable in the last weeks. At the moment, the two neighboring countries are two connected vessels, although, Europe is essentially no closer to anyone from Bosnia than it is from Serbia.

However, for someone who has spent two years in many attempts to go to the West, who has been inhumanely abused countless times on the Croatian or Hungarian border, who has been continuously dehumanized since the closure of the Balkan route, one successful crossing and one victory over borders, police officers and the system of repression that has been established by European countries in the Western Balkans, has immense value in regaining personal self-confidence, even if only briefly.

While in Bosnia, a migrant is a winner and a human again; when they move on toward the EU, the rest will be taken care of by Croatian border units on the Posavina and Cazin corridors. There, the same violence in the form of irregular pushbacks is taking place, followed by denial of the right to seek asylum, as well as on Croatia's Srem-Slavonia border with Serbia - only nobody is counting them at the moment. However, the long Bosnian-Croatian border (932 kilometers), which is not easy to provide human and technical equipment for, is a potential hope for migrants. Every successful story by those who managed to reach Italy or Austria via this route represents bait to move from Greece or Serbia toward Bosnia. Smugglers are ready, tariffs are no secret - the passage to Zagreb costs 1,000, to Split 800 euros. The border is porous, people pass through despite everything.

It remains to be seen what kind of taste this latest Bosnian pot will ultimately have. Taught by previous experiences from the Balkan area since 2015, we have seen that similar stories mostly end up with truncheons on the bodies of migrants and in a new spiral of repression, to which no border service is immune any longer. Frontex has already announced capacity building in BiH, while the work to coordinate the two armies aimed at preventing illegal migrations across the Serbian-Bosnian border is a public secret. We do not need to further explain what this means: raising security effectives on the entry corridors in Bosnia is not what the migrants look forward to.

A data gathering survey carried out by Info Park showed something that caused special attention, even disbelief: some respondents mentioned the proximity of Bosnia to Croatian islands and their transit potential because of their position in relation to the Italian coast. Illegal crssing from there would probably be the shortest and fastest of all the well-known Mediterranean corridors that function. If this sounds crazy enough to make you laugh, we remind you that this would not be the first science-fiction idea that refugees, migrants and their supporters in the Balkans embraced in the hope of realizing dreams and turning them into reality. Since the transfer to Split is already on the smugglers' menu, we are probably not the only ones to whom this has occurred.

Until the final denouement that we all await occurs, Bosnia remains a country that welcomes the newcomers with a human smile, aware that this is mostly everything it can realistically give them. A land of good hope.