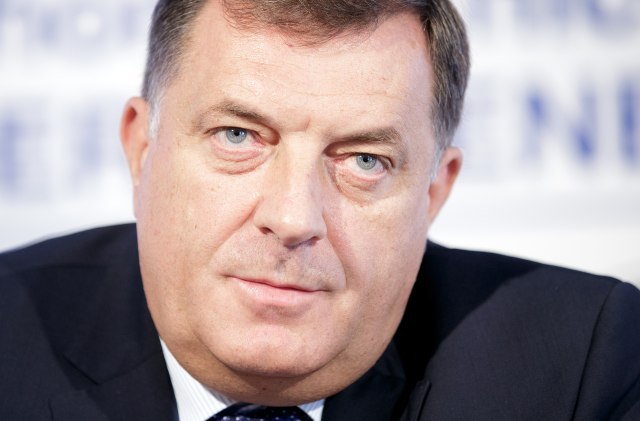 For that reason, the leader of the Serb entity in Bosnia-Herzegovina (BiH) will visit Russia at the end of the election campaign in BiH and meet with Russian President Vladimir Putin, the article said, citing diplomatic sources.

Diplomatic sources close to Russia are also quoted as telling the newspaper said that only Dodik remains Russia's ally in the region, and that it is no coincidence that Putin will first meet with Dodik, and then with Serbian President Aleksandar Vucic.

"Unlike the president of Serbia, Dodik clearly opted for an alliance with Moscow. Dodik is not playing on multiple sides," the diplomats said, adding that Vucic is trying to "board the Russian train" through Dodik.

The newspaper added that Belgrade has good relations with Moscow, but that the links between Banja Luka and the Kremlin are much stronger now - something that Vucic will try to exploit at a stage when everything is uncertain when it comes to resolving the Kosovo issue.

"Serbian officials, led by Vucic and Foreign Minister Ivica Dacic, are disappointed in the West because Germany and the UK rejected to take into account a possible agreement between Belgrade and Pristina on delineation, and it is not ruled out that Serbia could in the coming months clearly opt for Russian side, while the Germans and the British are skeptical about a change of borders in the Balkans, among other things because of the fear that Dodik will use it to separate RS from the rest of BiH," the sources said.

Danas also writes that Dodik's good connections with Russian officials are reflected in the recent visit of Russian Foreign Minister Sergei Lavrov to Banja Luka, when the head of Serbian diplomacy, Ivica Dacic, also traveled there.