"Judge who freed Oric was sending Sarajevo Serbs to camps"

Judge Saban Maksumic, head of a court chamber in that this week freed Naser Oric, is a former military judge, the daily Vecernje Novosti writes on Thursday. 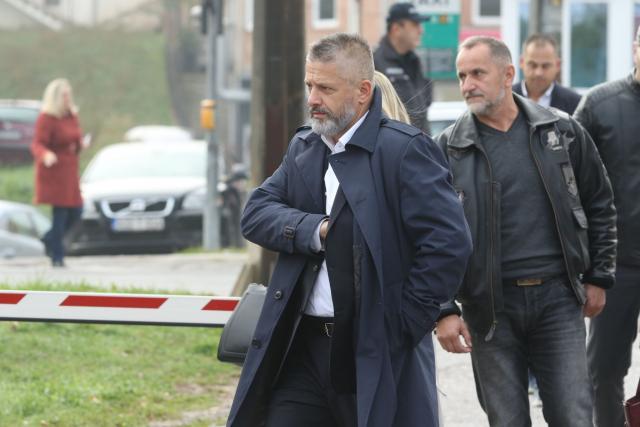 Oric is seen in Sarajevo on Monday (Tanjug/Fena)

Oric was declared not guilty of war crimes committed against Serbs during the war in Bosnia-Herzegovina in the first half of the 1990s - while Maksumic was reportedly, during the same period of time, "sending Sarajevo Serbs to camps."

Maksumic's war biography has prompted two criminal complaints to be filed against him by the Center for Public Safety East Sarajevo, that have been sent to the Prosecution of Bosnia-Herzegovina in 2001 and in 2005.

This is according to Milorad Kojic, who heads the Serb Republic (RS) Government's Center for Investigation of War, War Crimes, and Search for the Missing Persons.

Kojic also told the Belgrade-based daily that Maksumic during the war worked in the Viktor Bubanj military barracks in Sarajevo, where he was putting Serbs on trial. During the war, a part of this facility was used as a camp for Serbs.

"There are criminal complaints because of his rulings and the torture of Serbs in the camp - but these complaints have been kept in the drawer of the Prosecution of Bosnia-Herzegovina for more than a decade," he said.

According to Kojic, Maksumic was "the key man" in the Oric case, considering that he in 2009 signed a decision to transfer the case from the District Prosecution in Bijeljina to the Prosecution of Bosnia-Herzegovina, acting on a motion filed by Oric's lawyer Vasvija Vidovic. The judge explained his decision by stating that it would be damaging to conduct procedures in Bijeljina "against Bosniak (Muslim) families who suffered genocide in Srebrenica."

Kojic stressed that this was a precedent, since the Prosecution of Bosnia-Herzegovina is the one that requests transfers of cases.

Vecernje Novosti also writes that the three-member court chamber that freed Oric included Stanisa Gluhajic, a judge from Tuzla, and Vesna Jasenkovic, who spent the entire war in Sarajevo, where she later worked at the municipal council.