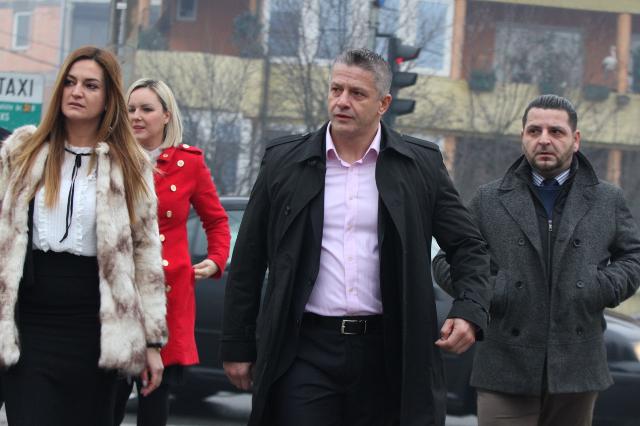 Naser Oric (C) arrives to the court in Sarajevo (Tanjug)

In addition, a statement expressed concern about "the atmosphere created in the public in recent days, which is trying to politicize the institution and degrade the work of its judges."

"It is extremely difficult to work in conditions where there are efforts to influence the court in such an open manner. We appeal to the Association of Mothers of Srebrenica, who are asking for (Oric's) acquittal, as well as to those looking for a guilty verdict, to move in the framework of their associations and not interfere in the work of the judiciary," said the statement, and added:

"This also applies to the Association of the Green Berets, the Association RVI, as well as the Alliance of Camp Prisoners of the Birac Region who, on the other hand, are seeking the expanding of the indictment. This kind of pressure is unacceptable and completely unnecessary, because it can in no way affect the course of the proceedings."

The statement further states that the Court of Bosnia and Herzegovina "is not an institution that caves in to pressures" and that it demonstrated this "during its decade of work."

"The judges of the Court of BiH work in difficult conditions, but neither have, nor will step back before anyone's interests. We continue to work at full capacity, and demand from the competent institutions to allow us to work in normal conditions," said the statement.

The war crimes trial of Naser Oric, a wartime Muslim commander in the area of Srebrenica, started earlier this week.