On the seventy-fifth day of the war in Ukraine, there is no progress towards a truce on the battlefield. 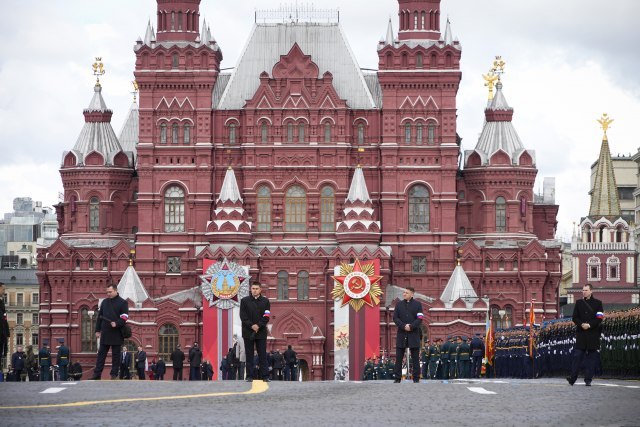 The evacuation of civilians from Mariupol continues.

The leaders of the group of seven most developed countries in the world promised at an online meeting with Ukrainian President Volodymyr Zelensky that they would further isolate Russia economically.

Russia's Ministry of Defense claims that it shot down a Ukrainian Su-25 plane and a drone, while Ukrainian forces claim that Russian forces fired projectiles at Odessa from the Black Sea on several occasions.

Trudeau: More weapons and military equipment will be sent to Ukraine

Canadian Prime Minister Justin Trudeau announced, after an unannounced visit to Kyiv on Sunday, that new weapons and military equipment would be sent to Ukraine.

After talks with Ukrainian President Volodymyr Zelensky, Trudeau told reporters that Canada would also impose new sanctions on Russian individuals and companies due to the Russian attack on Ukraine, Reuters reported.

He added that Canada will reopen the embassy in Kyiv.

People in Vladivostok take to the streets to watch the annual parade marking Russia's 1945 victory over Nazi Germany.

People in Vladivostok take to the streets to watch the annual parade marking Russia's 1945 victory over Nazi Germany.

This year's parades aim to justify Russia's war in Ukraine, which has gone on longer and cost more than Moscow expected pic.twitter.com/l2aeMeRfAj

EU: We are one step closer to imposing new sanctions on Russia

EU governments have come one step closer to agreeing to impose tougher sanctions on Russia, which include a ban on buying Russian oil, but talks will continue today to allow countries most dependent on Russian energy to cope with the sanctions.

The ambassadors of the 27 EU member states have been meeting on a daily basis since May 4 to discuss the details of the sixth package of sanctions targeting Moscow for the attack on Ukraine, Reuters reported.

"The Council of European Governments is united on the need to adopt the sixth round of sanctions. Very significant progress has been made today on most measures," said a joint statement from the European Commission and the French delegation currently holding the EU presidency.

The key question is how to provide oil derivatives to Hungary, Slovakia and the Czech Republic, which largely depend on Russian oil, which they receive with the help of pipelines from the Soviet era, and now it is necessary to find an alternative, adds Reuters.

"We still have to complete the work, in the spirit of solidarity, the guarantees that are necessary for the supply of EU members, which are in a specific situation because they are connected to Russia by pipes," the joint statement added.

In order for all EU members to agree, the Commission proposed changes to the planned embargo on Russian oil on Friday, so that the three countries would have more time to change their energy suppliers, EU sources said. According to the initial plan, all EU member states should stop buying Russian crude oil and Russian refined products by the end of 2022.

The revised program would give Hungary, Slovakia and the Czech Republic time to upgrade refineries so they can obtain oil products from other locations, and thus gain time to separate energy from Russia by 2024.