If Serbia wants to return to the north and south of Kosovo and Metohija by force, it wouldn't need Russians or any other foreigners, Minister Vulin says. 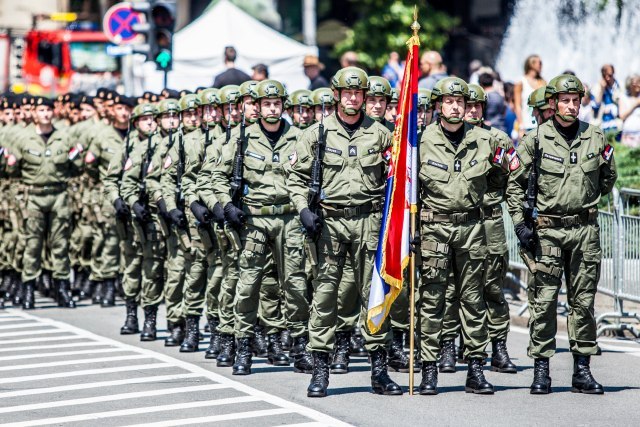 He made a written statement in response to a comment from former Kosovo Security Force Commander Kadri Kastrati.

"When fear and an unclear conscience bother Shqiptars, they usually gossip about Serbian aggression and Russian danger, and start whining about how dangerous Vucic is, and Serbia is great. Neither President Vucic nor I are preparing or looking for Russian volunteers," he said.

Vulin notes that Serbs born in that area would be enough for Serbia to return to the entire territory of Kosovo and Metohija.

"Shqiptars were convinced of that when they sent arrogant special forces to the north of Kosovo and Metohija, and dragged the humble and frightened ones to the south," said Interior Minister Aleksandar Vulin, responding to former KSF commander Kastrati, who said that he had information that Serbian President Aleksandar Vucic and Minister Vulin are recruiting Russian mercenaries to bring them to northern Kosovo.

"The Shqiptar chatter about the Russians in the north of Kosovo and Metohija should serve as a reason for NATO to raise its weapons once again in order to wage a war that the Shqiptars themselves could never win, just as they could not build a state on their own. Vucic is the only leader in the Balkans who cares more about peace than about his own political future, but that is his strength, not his weakness," said Minister Vulin.

Former commander of the Kosovo Security Forces, Kadri Kastrati, stated that he had information that the President of Serbia, Aleksandar Vučić, and the Minister of Defense, Aleksandar Vulin, were recruiting Russian mercenaries in order to bring them to the north of Kosovo, Ekonomija online writes.

"Russia's presence in the Balkans is very clear, we are aware that people from Russia and Serbia are present in North Mitrovica every day. The goal of Russia and 'Republika Srpska' is to be present in the north, creating various tensions - we see the situation in Bosnia where the president of this republic warned that Milorad Dodik will strengthen his military forces and police for the possibility of secession from the Bosnian federation. It was a scenario in the north of Kosovo," Kastrati said.

He added that destabilization in Bosnia-Herzegovina could be transferred to northern Kosovo. "According to some information I have, Vucic and Vulin are recruiting Russian mercenaries to bring them to the north of Kosovo, and General Dikovic is in charge of this group. If there is destabilization in Bosnia, it automatically starts in the north of Kosovo and the ultimate goal of Serbia is to make a 'Greater Serbia,'" Kastrati told TV Klan Kosova.

Kastrati said that the Kosovo Government should regard the KSF and the security of Kosovo and its citizens as its high priority.