Vucic will address the nation 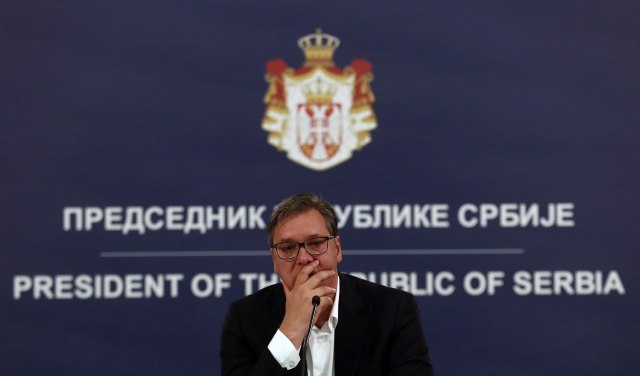 It is stated that Vucic will address the nation at 3 pm, in the building of the General Secretariat of the President of the Republic on Andricev venac.

To reiterate: the President of Serbia also addressed the public on Tuesday, through a press conference, which started at 6 pm, and at which he announced that curfew would be reintroduced in Belgrade from Friday to Monday.

After that, the citizens of Belgrade started gathering in front of the Assembly of Serbia, but what started as a peaceful protest turned into violence and conflicts with the police.

The director of the police stated today that after half an hour it was clear in which direction the situation would go, especially when a group of hooligans blocked the passage of the ambulance. "I have no other words than hooligans," Rebic said and pointed out that the members of the police refrained from using force until the end.