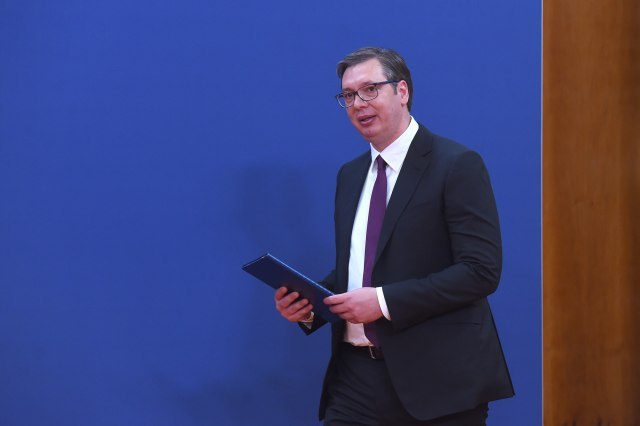 "We are now facing with one problem. It may happen that we cancel the pre-election rally for the third time. We have planned a rally in Novi Sad for Friday, where 30.000 people are expected. We will decide whether we will have it by 12 o'clock tomorrow," President said yesterday.

Vučić told TV Pink that, if he is not together, a message will certainly be sent that it is important to go to the polls and that it is a matter of seriousness and responsibility.

He also said that the SNS closely monitors the number of infected people, because they would not want to endanger people's health.

"I see that there is a kind of hunger among our people to show how eager they are for engaging into political struggle. But the elections come as a graduation exam, the grades cannot be changed in five days, you have to work all the time," Vucic said.

He also said that the opposition lives in the 90s, that they live in their small Twitter community and that they think that if people from that community are dissatisfied, then they have a problem, and that they did something terribly good if the three of them applaud them on social networks.

"The only problem is that in the end, in the elections, you have to vote for a specific list, without using false profiles, and put that vote in the box. There is no cheating," he said.