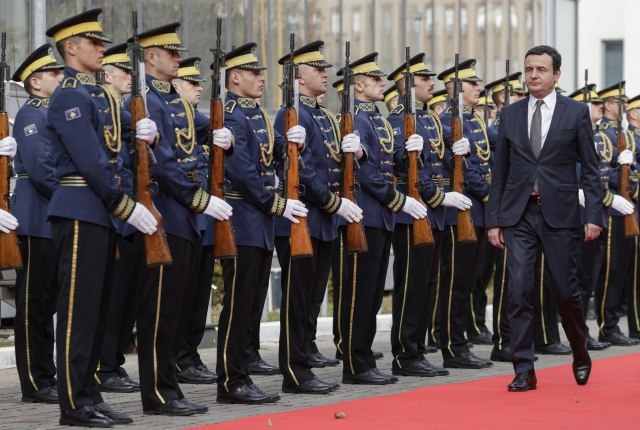 The handover of power was carried out in the absence of former Prime Minister Ramush Haradinaj, who is reported to be in the US, according to the Pristina Gazette Express.

Pacoli told Kurti during the handover ceremony that "there are great challenges ahead of Kosovo" and the new prime minister thanked him and added that he would "work hard on them".

According to Pristina's Koha daily, Kurti is expected to convene a cabinet session today.

Kurti's government was elected by a majority in parliament yesterday, four months after snap parliamentary elections were held in Kosovo.

Kosovo finally got a new government after Vetëvendosje, the party that did best in the October 2019 snap elections, and the Democratic League of Kosovo, LDK, the second biggest party, on Sunday announced they had signed a coalition agreement.

The government will consist of 15 departments, two deputy prime ministers and 33 deputy ministers.