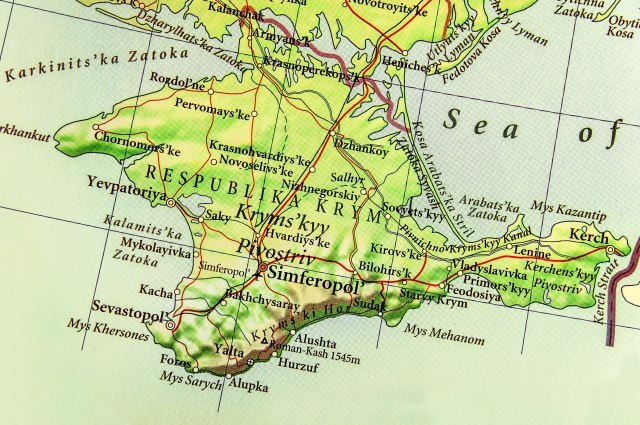 The delegation, as reported by Beta, is staying with the delegation of the Russian State Duma in Belgrade. The Ukrainian Ambassador recalled that Serbia supports the territorial integrity of Ukraine and that Serbia and Ukraine are friendly countries.

"Serbia does not recognize Crimea, as Ukraine does not recognize Kosovo. Our two countries are friendly and I hope there will be no such provocations in the future at the expense of Serbia and Ukraine", Aleksandrovych told Radio Free Europe.

Russian delegation in which Deputy Speaker of the Duma Foreign Affairs Committee, Crimean MP Natalia Poklonskaya and Deputy Prime Minister of the Crimean Council and Permanent Representative of the President of Russia to Crimea Georgy Muradov visited Serbian Parliament yesterday, where they, along with leader of "Dveri" Bosko Obradovic, posed near the flag of Crimea they brought to him as a gift.

Ambassador Aleksandrovych condemned the visit of Poklonskaya and Muradov to Serbia, primarily because of their activities regarding annexation of Crimea.

"On the one hand, we are glad that none of the Serbian officials met with representatives of the so-called 'Republic of Crimea'. On the other hand, we do not understand why this kind of visits are allowed at all in Serbia, given that Serbia supports the territorial integrity of Ukraine", Aleksandrovych told Radio Free Europe.