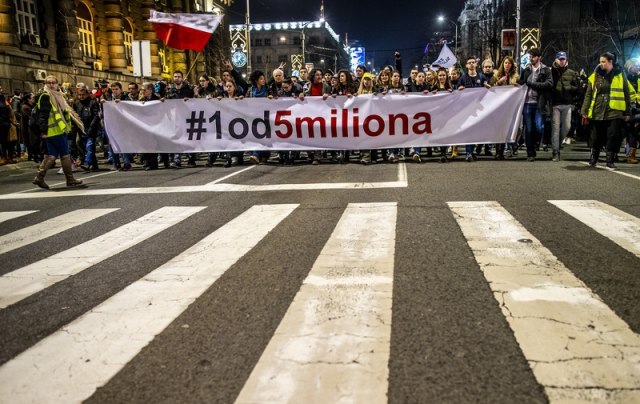 Although, as she said, they raised the topic of false diplomas back in March.

"It came from Stefan, and I can only guess who suggested it to him", Anasonovic says in an interview with daily "Blic", explaining that Stefan Pavlovic is a guy who, according to her knowledge, works for Dragan Djilas.

When she was asked who was in the Rectorate, she says that when they look at the photos, they are "pretty colorful" and not all non-partisan students were present.

"There were my former colleagues from '1 in 5 million' (some of whom are members of politcal parties), but there are also many young people who are not part of the association. In that sense, they are not all non-partisan students", Anasonovic concluded.

Regarding the decision of the Belgrade University Professional Ethics Committee on Sinisa Mali's PhD, she says that the decision positively surprised her, and that it is in line with the principle of academic integrity.