Albin Kurti declares victory: As of tomorrow, we work on creating a new government 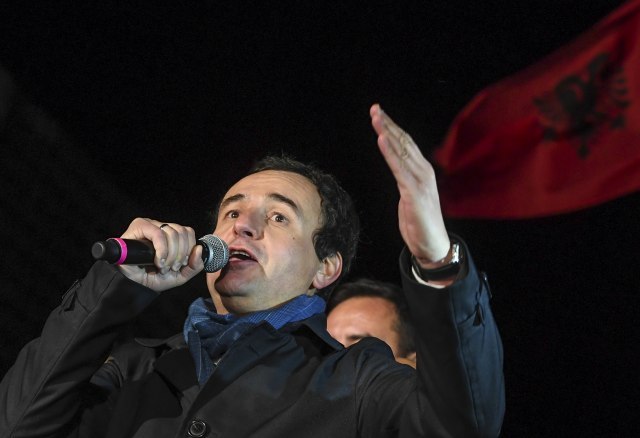 Kurti stated that from today he is starting to work on creating a new Government with him as Prime Minister.

"We have worked hard, we have been engaged for a long time, but it all pays off because every sacrifice is worth for our beloved citizens. We considered it our obligation and we will get the country back on the right track", Kurti said.

Kurti said they were celebrating tonight and that they would "commit to creating the Government" on Monday.

"We will liaise with the Democratic League of Kosovo (LDK) to crown change. When the opposition becomes a government, then the change is crowned. In the meantime, the change happened with our victory," Kurti said.

As for the dialogue with Serbia, he said that as Prime Minister, he would assume the responsibilities that belong to him under the Constitution, and that under his leadership, there would be no question of what Kosovo was giving Serbia in return for recognition, but what Serbia owes to Kosovo.

Preliminary results: the Vetevendosje won the elections with 197,966 or 25.79 percent of the vote

According to preliminary results, 95.88 percent of the votes counted in early parliamentary elections in Kosovo, the Vetevendosje is the winner with only 0.74 percent more votes than the Democratic League of Kosovo (LDK).

These results do not include votes sent by mail, votes of the diaspora and persons with special needs whose counting is to begin today.