Vucic: We will strive to find all missing persons

We will give our best to find all the missing persons, they have not disappeared as long as we mention them, said President Aleksandar Vucic 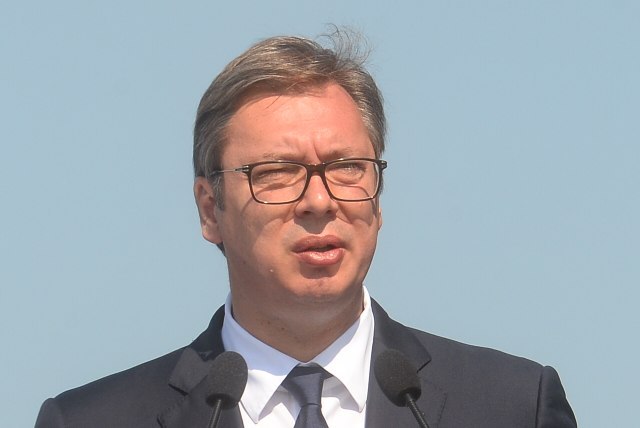 Serbia's President made this statement during a visit to the Association of Families of Kidnapped and Missing Persons in Kosovo and Metohija.

He left this message in a memorial book of the Association, where some of the members passed on to him some of the tragic stories in Kosovo and Metohija, of their beloved ones who were gone missing or killed in the period from 1998 to 2004.

Vucic also said that the state will try to invest as much as possible in Kosovo, in order for the Serbian people to stay and survive in Kosovo and Metohija.

One member of the association thanked the President for his visit and asked him to do everything possible for the young people to stay in Kosovo.

She is, as she claims, member of the Association from day one, residing in Babin most, working in Priluzje.
Three members of her family got abducted.

During the visit to the Association, President of Serbia was accompanied by Minister of Labor, Zoran Djordjevic and Director of the Office for Kosovo and Metohija, Marko Djuric.