The provisional Pristina institutions have been forced to conduct an investigation into the arrest one year ago of Marko Djuric. 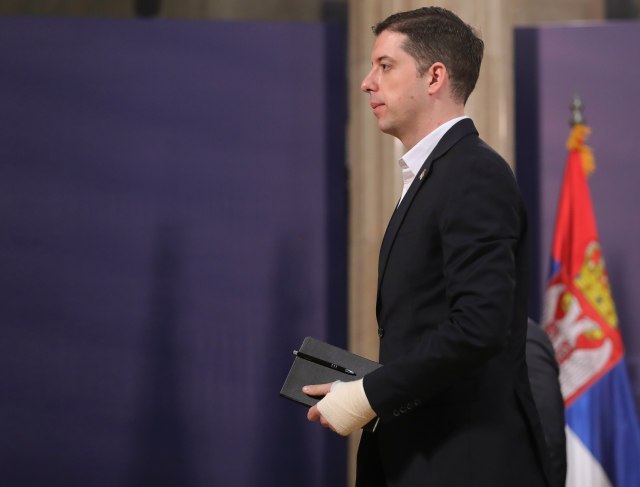 Djuric is the director of the Office for Kosovo and Metohija.

The investigation will be conducted on the basis of a complaint submitted by Deputy Minister of Interior Milan Radojevic immediately after the arrest and detention of Djuric.

Radojevic's complaint concerns the manner in which Djuric was arrested and the conduct of members of the police while they were transporting him to Pristina, which is documented with video footage.

Djuric was arrested on this day a year ago because allegedly crossed an administrative line checkpoint without the permission of the provisional Pristina institutions.

Albanian language Pristina-based media outlet Koha is reporting that at that time representatives of these institutions "proudly spoke about the police action and the arrest of Djuric" - while they are now forced to conduct an investigation into these events.

Djuric's arrival in Kosovo had been duly announced, and he traveled to Kosovska Mitrovica to meet with the Serbs there.

Members of the Kosovo police, however, stormed the gathering, arrested Djuric. The incident resulted in injuries as some of those present attempted to prevent the arrest, including then Minister of Agriculture in the Kosovo government Nenad Rikalo.

Koha recalls that "one of the most criticized activities" of the Kosovo police was precisely the manner in which Djuric with transported to Pristina in handcuffs. Because of that, Radojevic filed a criminal complaint.