It's not my party Vucic is worried about, says Dacic

SPS leader Ivica Dacic has dismissed as unfounded the doubts about the reliability of his party as a partner in the ruling coalition with the SNS. 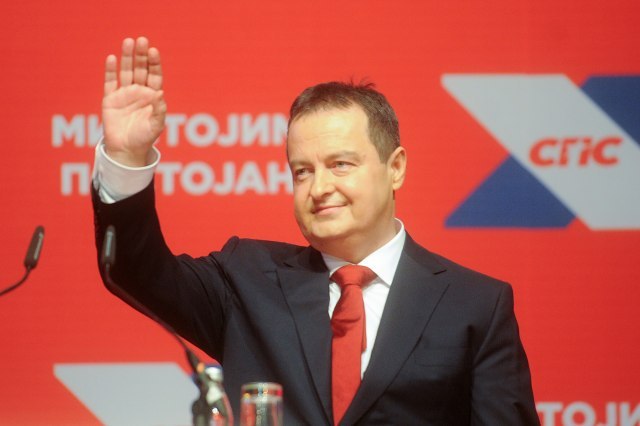 Serbian President and SNS leader Aleksandar Vucic previously criticized, in an op-ed published in the tabloid Kurir, people in his own party, as well as unnamed coalition partners for allegedly "colluding with the opposition."

"And I'm not interested in their (opposition's) combinations with some people from my party, with some coalition partners who are already thinking how they might once again play the kingmaker and once again switch sides," Vucic wrote.

"I have said it a hundred times, Vucic is not worried about the SPS," Dacic said, adding that Vucic was instead "worried about people from his (electoral) list and from his own party."

"They (SNS) have a majority without us, but Vucic put together the list in such a way that without his partners from that list, he does not have a majority in parliament - and they made no significant difference to him in terms of the number of votes. So it would be better that he pays attention to them, but also to people from his own party," Dacic said.

"It insults me, after all I've done together with Vucic, that I should be answering this type of questions at all," said the leader of the SPS, who is Serbia's foreign minister and first deputy PM.