Speaking after a joint session of the governments of Albania and Kosovo, the Albanian PM used "inadequate vocabulary," Tanjug is reporting on Monday. 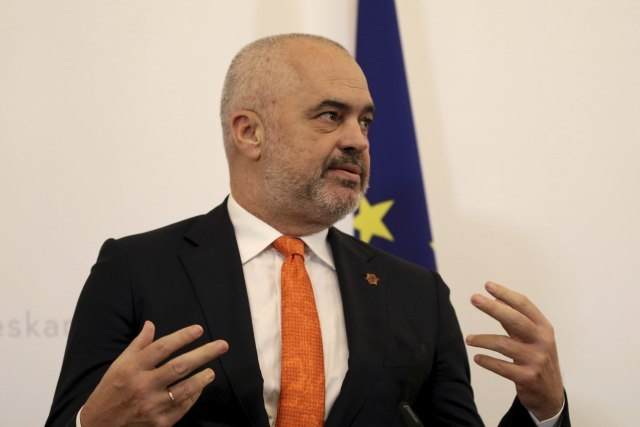 According to the report, during a news conference held in the town of Pec he repeated used the phrase "what the fuck" - and he was uttering this profanity in English.

Speaking about the trade dispute between Serbia and Kosovo after the latter increased by 100 percent taxes on goods coming from central Serbia and from Bosnia-Herzegovina, Rama said that Kosovo was "absolutely ready to play its international role" - but that Belgrade was "not always clear and honest in the Brussels dialogue."

Rama also told reporters that Kosovo is "a complete state" whereas Pristina "always had a sincere approach to dialogue with Belgrade."

Having continued his criticism at the expense of Serbia, he mentioned one time when "Serbia asked from one Kosovo minister" to remove the term "Republic of Kosovo" from his speech. "The EU would say to that, 'what the fuck'," said Rama.

The Albanian prime minister used this profanity in English several times during his address.