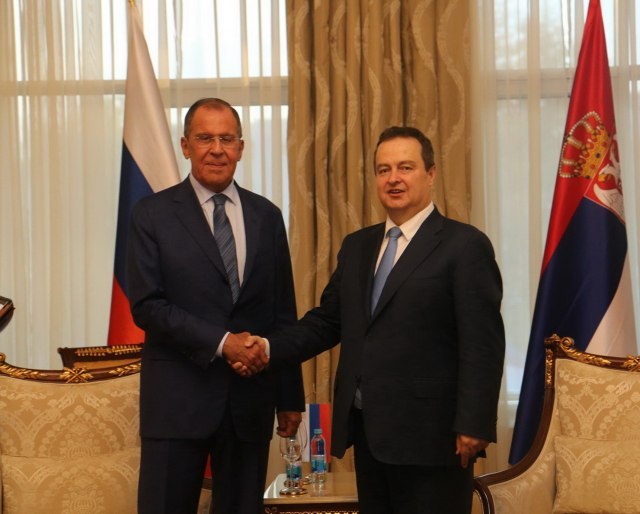 Sputnik is reporting that the photo was taken at the UN HQ in New York City, during the UN General Assembly meetings this week.

"Russian and Serbian brothers and sisters," Zakharova captioned the photo of herself, Sergei Lavrov, and Ivica Dacic.