Serbs and Japanese cultivate great mutual respect, liking and interest in the other's cultural heritage and traditions, despite the geographical distance. 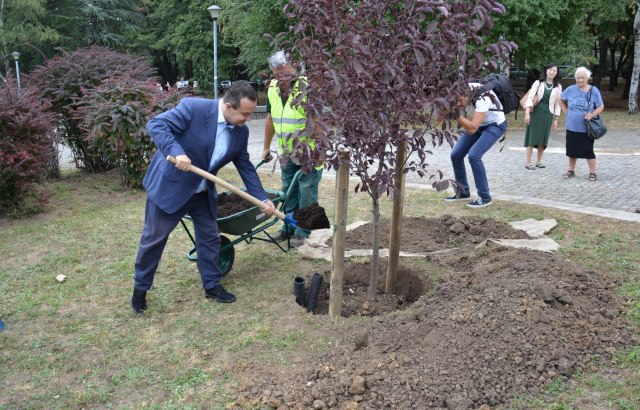 During the ceremony of planting a Japanese cherry tree in front of the Museum of Yugoslavia together with Japanese Ambassador to Serbia Junichi Maruyama, Dacic referred to the historic visit of Japanese Prime Minister Shinzo Abe to the Republic of Serbia, which gave a strong impetus and opened new space for further improvement of cooperation between the two countries in the political, economic, and other areas.

It is of great importance the fact that this spring Serbia and Japan made an important joint decision to establish 1882, the year of the first diplomatic correspondence between King Milan Obrenovic and the Japanese emperor Meiji, as "the year of friendship between Serbia and Japan".

After the visit of the Japanese Prime Minister to Serbia, whose delegation included 16 top representatives of the leading Japanese companies, Serbia and Japan have recorded very significant results in terms of economic cooperation, Dacic underlined.