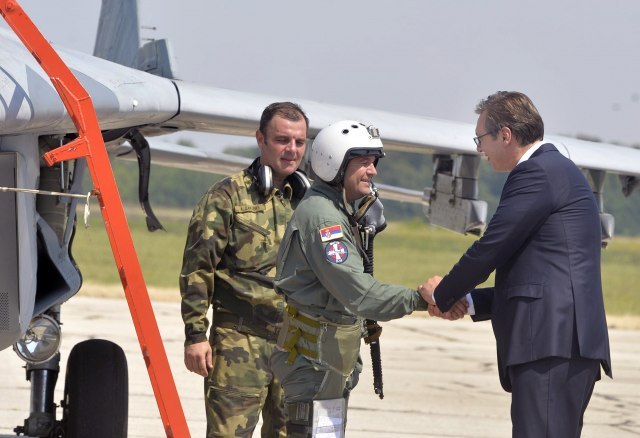 There might be a possibility to introduce compulsory military service in about three years, but this depends on several factors, including finances, said Vucic to the press at Batajnica military airport.

He pointed out that compulsory service would provide the country with the possibility "to act preventively on anyone who might endanger its safety".

According to Vucic the plan is for the service to last from three to six month. He added that the people who completed their service would have the priority in employment in state and public institutions.

Vucic added he was not afraid of a media campaign that might star against him for this decision. He pointed out that he had been criticized last year from certain news media because the country didn't have a one-year compulsory military service and now when he was considering three-month compulsory service they were accusing him of leading the country into war.

He stated he was not worried about how much support he was getting about solving Kosovo issue and that he didn't have support of non-governmental organizations, political opponents and most of the clergy.

After the formal introduction of two MIG-29 fighter planes at the Batajnica airport he invited young people to enrol military schools and institutes where they would get a chance for a better future and better life.

Talking about the weaponry of Serbian armed forces and country's combat readiness he said that it couldn't be compared to the previous period, that the difference was huge.