The DSS has assessed that President Aleksandar Vucic's policy favoring "delineation" with the Albanians represents an unconstitutional activity. 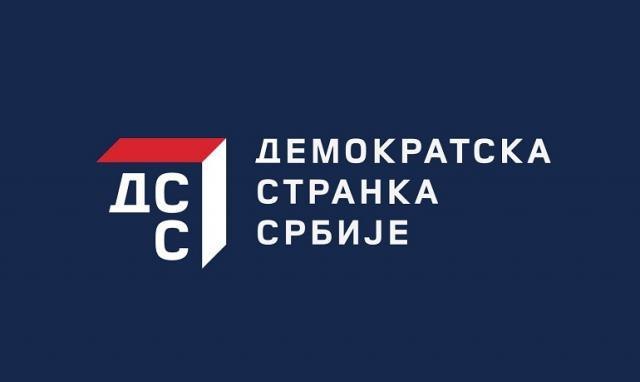 The opposition party - which recently announced it was leaving all local-level coalition with Vucic's ruling DSS - said in a press release on Thursday that such an idea implies advocating in favor of changing Serbia's state borders, and in favor of renouncing a part of the country's territory.

"Serbia's constitutional and legal order is being systematically undermined," the DSS said.

The party added that according to the Constitution of Serbia, it is the government that "determines and conducts policies" - while the president "represents Serbia in the country and abroad" and is therefore not authorized to determine or conduct policies.

The DSS noted that Prime Minister Ana Brnabic said her government still had no official position on how to solve the Kosovo problem, and has not established Serbia's policy on this issue.

"This policy is being conducted without authorization by the president of the Republic, by usurping the constitutional powers of the government, and violating constitutional obligations of all state bodies in relation to Kosovo and Metohija and the Resolution of the National Assembly regarding the basic principles for political talks with the provisional institutions of self-government in Kosovo and Metohija, passed in 2013," the party concluded.