Prime Minister Ana Brnabic said at a press conference on Friday that investments in science has been increased by 15 percent this year. 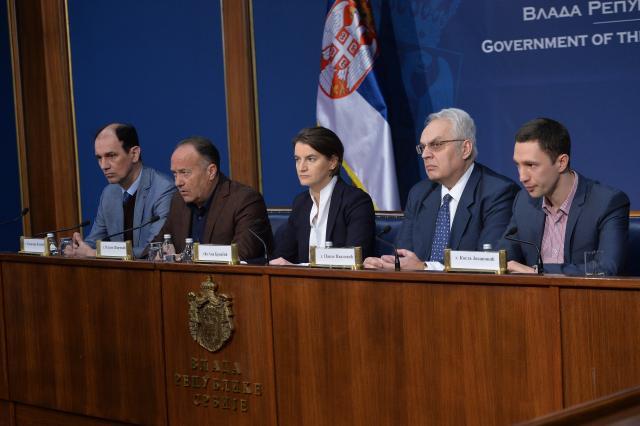 The press conference was called on the occasion of a call by the Ministry of Education, Science and Technological Development for admission of 1,000 PhD students on research projects, the government announced.

Brnabic recalled that a comprehensive reform of the education system of Serbia began last year when it was decided to increase investment in this field.

The prime minister pointed out that the aim is that Serbia be based on knowledge and to create a competitive economy, adding that when talking to young people, when asked why they are leaving the country, they always say that they do not have enough chances in Serbia.

We are entering the reform of financing of science so that we do not have a system based on social peace, but on certainty, she said, and recalled that the development of a register of researchers is underway and that it is working to increase the space for cooperation between science and economy.

Our goal is to keep researchers in Serbia and to start bringing back our young people from abroad, the Prime Minister said.

Minister of Education, Science and Technological Development Mladen Sarcevic pointed out that the Ministry has published a call for admission of 1,000 young PhD students to scientific research projects financed by this Ministry.

Sarcevic said that the deadline for submission of applications is 16 March and that all PhD students are eligible, regardless of whether they applied earlier at their institutes, faculties or universities.

The conditions that PhD students must meet are that they hold Serbian citizenship, that they are not older than 30, to be full-time students and to have a grade point average of at least 9, he pointed out.

The Minister said that this is an opportunity for young researchers to start doing their job, adding that a new law on scientific research is being prepared, and only after its adoption, a new science competition will be announced.

A thousand new young researchers will be involved in the ongoing projects, and currently 3,090 PhD students are working on projects, while the Ministry gives scholarships to 395 PhD students, Sarcevic said, adding that between 50 to 100 places are envisaged for researchers from abroad.

Director of the Institute for Biological Research Pavle Pavlovic said that the scientific community expects the establishment of a science fund, as well as a combined model of institutional project financing.

Pavlovic stressed that it is necessary that young researchers are involved in projects every year.

Assistant Professor at the Faculty of Electrical Engineering Kosta Jovanovic pointed out that a similar call should be published every October so that everyone who enrols doctoral studies could apply to it.