"Interpol warrants for Kosovo president, PM to be restored"

The names of Kosovo PM and president Ramush Haradinaj and Hashim Thaci will soon be back on Interpol red notices, Belgrade-based daily Blic reported on Friday. 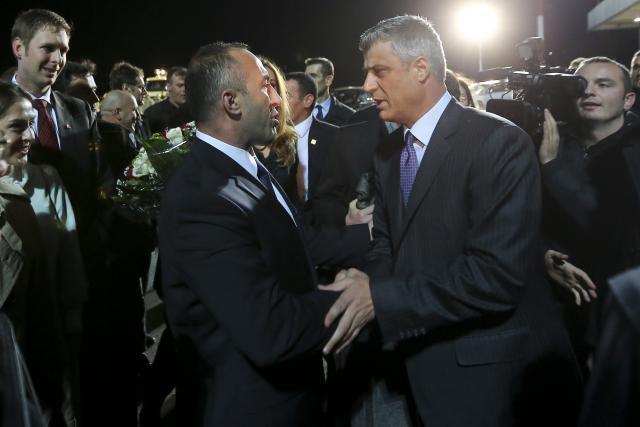 According to unofficial information Blic said it learned, Serbia's appeal against the removal of theirs, and another 20 names of former leaders of the so-called Kosovo Liberation Army (KLA) from the Interpol system will be accepted, and adopted in the coming weeks.

Unofficially, what happened went outside Interpol's procedures and rules, that is, the organization's competent commission for such matters had been bypassed when the decision to cancel the warrants was made.

The Serbian Ministry of Internal Affairs (MUP) reacted swiftly to, in coordination with other competent institutions, file an appeal to the Executive Committee of Interpol.

MUP sources said they expect the Executive Committee to accept the appeal in the next few days, and that the decision made by individuals from the Interpol legal service will be urgently reversed by having all the deleted notices restored to the Interpol system.

Thaci, Haradinaj and others from the list are wanted by Serbia on charges of war crimes, and regardless of what happened in the Interpol system, the indictments against them are still in force and active, and would lead to their arrest in Serbia.