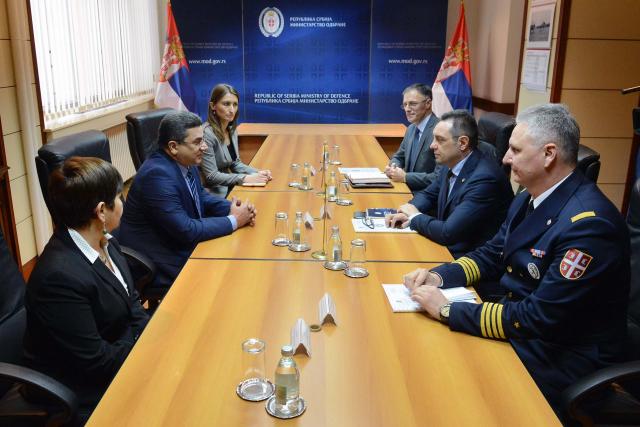 According to the Serbian government, the two officials "noted that there is a mutual positive impulse for further strengthening of cooperation between the two countries."

During his meeting, Vulin expressed his gratitude for Cuba's support to Serbia's fight to preserve its sovereignty and territorial integrity.

"We highly value the principled policy of Cuba towards the unilaterally declared independence of the so-called 'Kosovo' as well as the diplomatic efforts of that country aimed at other countries of Latin America and the Caribbean resisting pressure to recognize 'Kosovo' as an independent state," Vulin stressed, according to a statement posted on the government's website.

It was concluded during the conversation that the traditionally friendly relations between the two countries are at a high level - and that these ties received a significant boost from the recent visit by Serbian President Aleksandar Vucic to Cuba, Vulin said, adding that the visit "unambiguously pointed the direction in which we want to develop our cooperation."