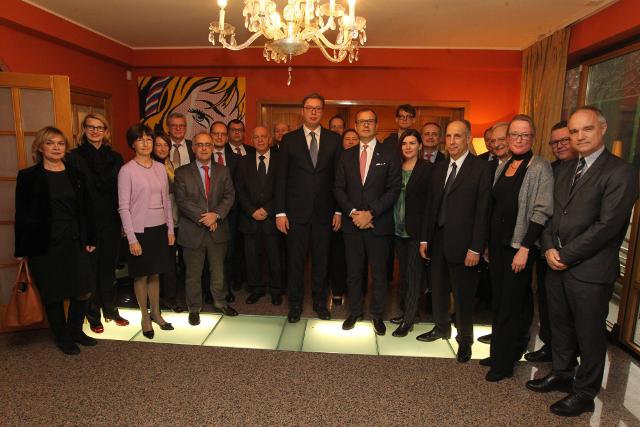 Beta reported this citing a press release from Vucic's office.

Vucic was taking part in a working lunch organized by the head of the EU Delegation in Serbia Sem Fabrizi, attended also by ambassadors and other diplomatic representatives of EU member states.

The topics included "the situation in the region, preservation of peace and stability, the dialogue with Pristina, the European path of Serbia, reforms and the rule of law."